Directed by Denis Cote
A meditative movie that turns into a call for compassion for all the animals exploited for entertainment in zoos, safari parks, and circuses.

For centuries our ancestors used animals as "beasts of burden" from the farm to the battlefield. Things haven't changed much today. Animals may not pull plows and munitions, but they are still being exploited by humans. Millions are used in research labs, hunted and killed for sport, enslaved as entertainers in circuses and fighting rings, and bred and sold for money. What is lacking in all these uses of animals is a basic respect for them as unique and valued creatures sharing the planet with us.

Director Denis Cote opens the documentary Bestiaire with close-ups of art students focusing their attention on a deer. As cameraman Vincent Biron pulls away for a long shot, we see that their subject is a taxidermic deer, not a live one.

Cote takes us next to the stalls and cages at the Parc Safari, a amusement park in Hemmingfork, Quebec. With no soundtrack or narration, the film creates a meditative mood using only the ambient noise of the place and camerawork that lingers with each subject.

The first thing we notice is that most of the wild animals are from Africa and Asia. A guanaco (a llama-like animal native to South America) nervously paces back and forward in an enclosure outside in the cold. Is the animal chilled as it leaves its footprints in the snow? Two zebras trapped in a confined space kick wildly and smash into one another; it is like they are stampeding from wall to wall. Are they yearning for the life in the wild they have lost forever? Similarly a lion and lioness relentlessly hammer at the door of the cells. At this point in Bestiaire we wished the owners of Parc Safari could be forced to spend a week caged in so they could feel what the animals are going through.

After a brief tour of the taxidermy workshop where a dead duck is being prepared for display, we return to Parc Safari as crowds of people visit its petting zoo, go on elephant rides, and have close encounters with wild animals on the other side of glass enclosures. We've watched the zookeepers studying the animals inside and the visitors outside. The animals seem to be just objects to them.

In one telling shot, a chimpanzee stares into the camera and we get a sense of what it must be like to be in captivity and under public display much of the day. We empathize with this being's loss of freedom and ability to control its own life. This animal and so many of the others evoke our compassion; we want to relieve their suffering.

Our visit to Parc Safari reconfirms our view that zoos and other places that use animals for entertainment do not foster positive human-animal interactions; indeed, they can do them real harm. And so we say a prayer for all the animals in zoos, safari parks, and circuses around the world, reread The Ten Trusts: What We Must Do to Care for the Animals We Love by Jane Goodall and Marc Bekoff, and pledge to spread awareness of the six points in The Animal Manifesto by Marc Bekoff.

Special features on the DVD include an exclusive interview with the director. 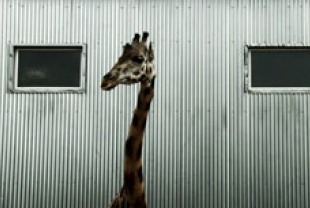 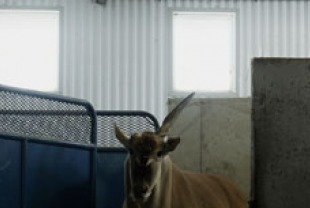 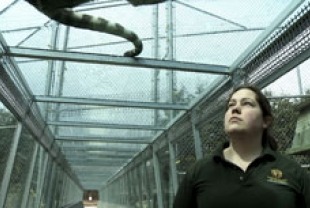 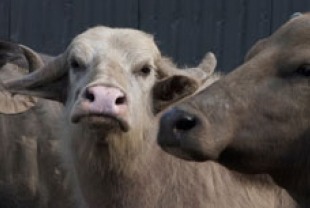