Directed by Danny Boyle
A mesmerizing movie that is a heist flick; a psychological thriller about loss of memory and the powers of hypnotism; and a provocative parable.

The novelist Milan Kundera has observed that the struggle against power is "the struggle of memory over forgetting." We tend to think of our memory as a complex internal library where we store information, knowledge, and experiences, but it is not this orderly. We are constantly amending and editing pieces of the past into new storylines much as a creative novelist would do. We are shocked and perplexed when we cannot remember things and our very identity can be threatened by Alzheimer's and other forms of dementia. To lose our memories is to lose our power, our spirituality, and our humanity.

The inimitable director Danny Boyle (Slumdog Millionaire, Millions) has made the most of his immense skills as a filmmaker in this bold and multidimensional film that shifts gears and roars into our consciousness as a heist flick; a psychological thriller about loss of memory and the powers of hypnotism; and a provocative parable about human desire, greed, sexuality, paranoia, and betrayal. The creative ways in which he has combined these different elements results in a vivid example of what the visionary French playwright Antonin Artaud called "holy theatre."

Simon (James McAvoy) is an employee at a London auction house who has made a comprehensive study of the pluses and minuses of robbing world-class art pieces. Elements in his past and his gambling addiction catch up with this serious young man and he finds himself as the inside man stealing Goya's "Witches in the Air." When Franck (Vincent Cassel), his criminal partner, senses that Simon is thinking of taking the 1797 painting for himself, he knocks him on the head. When Simon wakes up, he cannot remember what he did with the work of art, even when his other partners torture him.

Trance is a dramatically exciting film with many twists and turns provided by the mesmerizing screenplay by Joe Ahearne and John Hodge. Boyle pulls out all the stops with his visual storytelling, sharp editing, and a propulsive electronic score that vividly conveys the tensions generated by the three main characters as they clash with each other. Boyle has mentioned his admiration for Nicholas Roeg's thriller Don't Look Now, a chilling drama that is at once exotic and deeply mysterious. Trance also shares with Memento and Eternal Sunshine of the Spotless Mind a fascination with memory and its importance to human beings. We certainly want to see Trance again in order to savor its many psychological probes and spiritual insights.

Special features on the DVD include "The Power of Suggestion - Making Trance"; Hypnotherapy, the look, the final rewrite 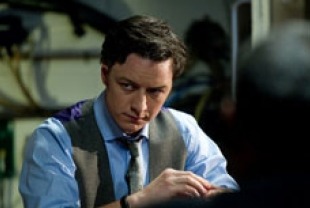 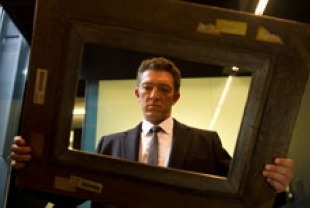 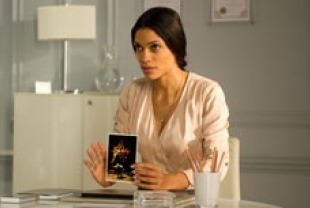