Directed by Todd Berger
A character-driven drama that mixes humor and seriousness when eight people must take stock of their options as a nerve-gas cloud heads their way.

Eight friends have gathered at the Los Angeles home of Pete (Blaise Miller) and Emma (Erinn Hayes) for their regular Sunday brunch. The hosts, considered the perfect couple by their friends, are about to reveal that they are splitting up. But Pete and Emma's news takes a backseat to all the attention given to Tracy's (Julia Stiles) latest boyfriend Glen (David Cross), a teacher. Buck (Kevin M. Brennan) doesn't quite know what to make of this outsider while his sexy wife Lexi (Rachel Boston) tries to turn him on. Meanwhile, Shane (Jeff Grace) who has been engaged to Hedy (America Ferrera) for five years, is interested in learning more about what has drawn Tracy and Glen together.

All the talk about relationships, loyalty, commitment, and sex is up-staged when a toxic device set off in downtown Los Angeles knocks out the power and sends these eight young adults into various stages of panic and dread. As a nerve-gas cloud moves toward them, they take makeshift measures to prolong their lives by taping all the doors and windows. But after Hedy describes what will happen once the toxins enter their bodies they all understand that they are going to die.

It's A Disaster is written and directed by Todd Berger. He has concocted a character-driven drama that mixes both humor and seriousness as these eight people are forced to take stock of their options in the face of imminent death.

In the recent films Melancholia, Seeking a Friend for the End of the World, and 4:44 Last Day on Earth, the characters are challenged to decide what to do while waiting for the end. And watching them, we find ourselves asking what we would do during our last day on earth. In Last Night those facing death in six hours choose the following activities: spend it with the ones you love, attend a prayer circle, have sex, riot on the streets, or watch home movies. Others consider committing suicide. The characters in It's A Disaster ponder some of the same options.

Given the fact that most people avoid the ethical and spiritual issues surrounding their own demise, it is salutary to have these movies as a wake-up call. They can serve the same function as the skulls kept in the cells of monks to remind them of death and the transitory nature of life. 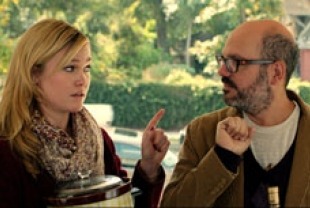 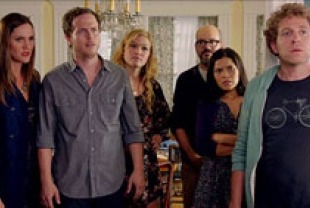 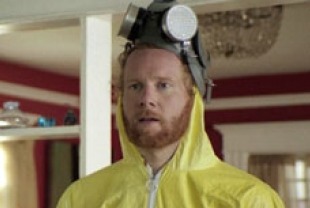 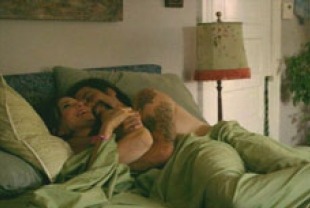