Directed by Henry-Alex Rubin
Three compelling dramas about lives shattered by thieves using the tools of technology to steal things of great value to their victims.

In her book The Ten Commandments: Laws of the Heart, Joan Chittister notes that "you shall not steal" has been reduced to mean no shoplifting, no pilfering, no pickpocketing, no burglary, and no petty theft. But in this age of social technology (the Internet, webcams, and smartphones) stealing is a social sin that needs to be expanded to include taking what we do not need, destroying what is useful or important to another, and depriving those in the community of their basic needs.

In Disconnect, director Henry-Alex Rubin (Murderball) and screenplay writer Andrew Stern have created a compelling and ethically rich three-part drama about stealing in our cyberworld where thieves can shatter or destroy lives with the technology that is available to everyone.

Rich Boyd (Jason Bateman) serves as legal counsel for the television network where Nina works. His 15-year-old son Ben (Jonah Bobo) is a loner at high school who lives in a dream world he has created with his original music. Jason (Colin Ford) and Frye (Aviad Bernstein), his fellow classmates, decide to humiliate him just for kicks: they create a phony girl who claims to love Ben's music and asks him to send her a nude photo of himself. When Jason and his buddy circulate the picture at school, Ben cannot handle the shame and tries to commit suicide; he ends up in a coma. His father becomes obsessed with finding the cyber bullies who stole his son's future.

Jason's abusive behavior could be explained by his never getting any love from his father Mike (Frank Grillo), who works as a detective. Derek (Alexander Skarsgard) and his wife Cindy (Paula Patton) hire Mike to help them find the identify thief who stole their savings and wrecked their financial reputation. He admits that it is very difficult to locate and imprison this kind of thief. When Derek, an ex-Marine, learns that there is an actual suspect, he decides to track him down and confront him.

Digital technology has changed how we relate to others and how people learn about us, often with wonderful results. But there is a shadow side to this type of connection, making us vulnerable to abuse and exploitation. It is time to rethink what we mean by "Thou Shall Not Steal."

Special features on the DVD include audio commentary with the director; Making The Connections: behind the scenes of disconnect. 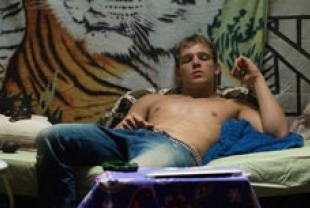 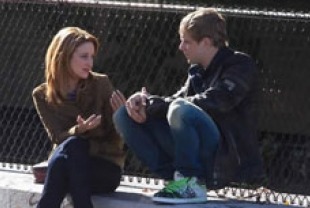 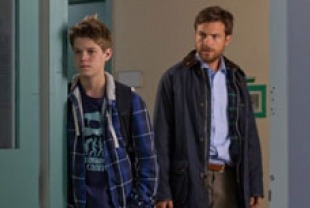 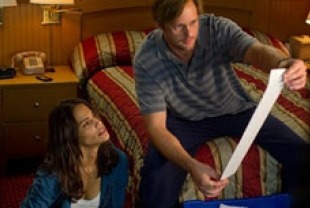