In Iron Man (2008), we met Tony Stark (Robert Downey Jr.), a brilliant and very rich man who has made his fortune from selling weapons. He's the main inventor and director for an arms company started by his father. A selfish person, Tony spends most of his time seeking pleasure in his Malibu home overlooking the ocean. A journalist calls him a "merchant of death" but the criticism doesn't bother him at all.

By Iron Man 2 (2010), Tony has used his technological chops to create a superhero whose exploits have single-handedly brought peace to the world. In his private life he is trying to become more emotionally literate in his relationship with Pepper Potts (Gwyneth Paltrow) whom he has made CEO of Stark Industries.

In the third installment of this successful Marvel franchise, director Shane Black makes the most out of the sharp wit and wise cracks of the hero in the Iron Man suit. Stark takes us back to 1999 when he was in Switzerland enjoying the company of Maya (Rebecca Hall), a rising scientist, and alienating Aldrich Killian (Guy Pearce), a power-hungry genius with a project to alter human DNA.

In the present, Stark finds it hard to sleep and is suffering from anxiety attacks given the fact that people all around the world want him to put an end to a series of bombings masterminded by a media savvy terrorist called The Mandarin (Ben Kingsley). One of the most spectacular explosions takes place at Hollywood's Chinese Theatre where the authorities are unable to find any bomb parts. Stark's security chief Happy Hogan (Jon Favreau) is badly injured in the incident, giving his boss even more incentive to track down the Mandarin. His old ally Colonel Rhodes (Don Cheadle) is on hand to provide assistance after the terrorist promises a Christmas surprise with "the big one."

Robert Downey Jr. carries this action drama with his comic zingers and improvised quips. He has some very funny exchanges with Ty Simpkins as a boy who takes a shine to Stark and helps Iron Man out at a critical moment. Ben Kingsley almost steals the film with his revelations about who he is and what he's doing.

These verbal pleasures and colorful characters help us tolerate the many mind-numbing special effects scenes and the endless bombs bursting in the air. It's all worth the wait to see Tony Stark humbled and made vulnerable by his exhausting skirmishes with the evil doer behind all the death and destruction.

Special features on the Blu-Ray/DVD include "Marvel One-Shot: Agent Carter" — an original short film; "Marvel's Iron Man 3: Jarvis" — a second screen experience; feel what it's like to be Tony Stark through this one-of-a-kind, interactive app hosted by Jarvis, enable him to wake you up and alert you to messages; sync the app to your Blu-ray player to unlock hidden files and suits embedded throughout the disc, and experience the first-ever voice-controlled Blu-ray!; deconstructing the scene: "Attack on Air Force One"; jump into the action with the stunt-team skydivers in this close-up look at creating one of the movie's most memorable scenes; exclusive behind-the-scenes look at Marvel's "Thor: The Dark World"; experience the spectacular new worlds, unforgettable characters, and pulse-pounding thrills of the upcoming blockbuster movie; Marvel's Iron Man 3 Unmasked; starting at the official Marvel's Iron Man 3 pre-production party, join cast and crew for a crash course behind-the-scenes experience in this look at the production from the ground floor, culminating with the film's Hollywood premiere; a gag reel; deleted & extended scenes; and an audio commentary by Drew Pearce & Shane Black. 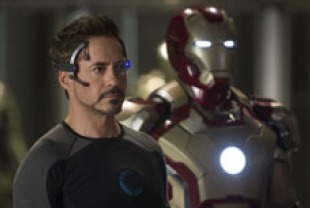 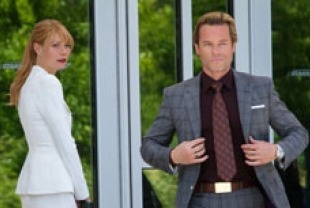 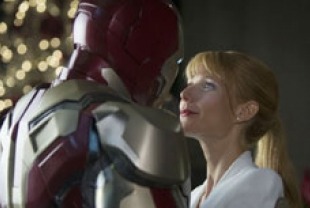 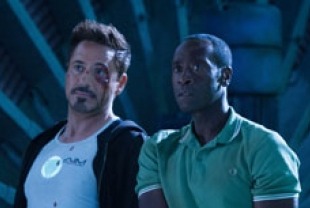 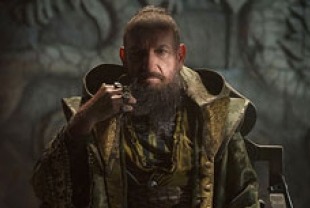