One Track Heart: The Story of Krishna Das

Twitter Facebook Link Print
Share
The minute I heard my first love story
I started looking for you, not knowing
how blind that was.
Lovers don't finally meet somewhere.
They're in each other all along.
— Rumi

This documentary recounts the astonishing spiritual journey of Krishna Das who has been saluted as "the chant master of American Yoga" by The New York Times and "the Pavarotti of Kirtan" by Yoga Journal. He has sold more than 300,000 records and in 2013 was nominated for the Grammy for Best New Age album. First-time filmmaker Jeremy Frindel chooses to focus not on his fame or the dynamics of his artistry but instead to explore the story of his immense love for his Indian guru that transformed Krishna Das's life and has propelled his mission.

As a teenager, Krishna Das dreamed of being a rock star, but given the chance to be the lead singer in a band that would become famous as the Blue Oyster Cult, he decided to go in a different direction. By then he had met spiritual teacher Ram Dass and felt drawn to the kind of spiritual life he had found in India. The two men have remained friends through the years and both are credited with introducing Hindu Bhakti yoga practices to the West.

The teacher is seen as a
manifestation of the shakti —
the steady stream of power and love
emanating from the heart of the universe.
— Stephen Cope in
Yoga and the Quest for the True Self

Ram Das talked about his own transformative meetings with his teacher, Indian guru Neem Karoli Baba (Maharaj-ji), who lived in an ashram in the foothills of the Himalayas. After he dreamed of this man, Krishna Das set off to India to be with him. He was immediately immersed in the intensity of the guru's love. The documentary includes many photos and films from that period.

The heart means the very core
of one's being, without which
there is nothing whatever."
— Ramana Maharshi

During his time with Maharaj-ji, Krishna Das receives his blessing and is encouraged to "sing with people," leading the distinctive call-and-response devotional chanting known as kirtan. In his book Chants of a Lifetime, he describes this practice:

"When we do kirtan, the practice of what in India is called 'chanting the Divine Name' over the course of a few hours, we are letting go of our 'stories' and offering ourselves into the moment over and over again. Chanting is a way of deepening the moment, of deepening our connection with ourselves, the world around us, and other beings."

Neem Karoli Baba died in 1973, and, convinced he would never know such love again, Krishna Das plunged into a deep depression and began using cocaine and other drugs. All love stories worth their salt must deal with setbacks and loss. The filmmaker calls upon author and spiritual teacher Ram Dass, Grammy-winning producer Rick Rubin, The New York Times bestselling Buddhist author Sharon Salzberg, two-time Pulitzer Prize nominee Daniel Goleman, and Larry Brilliant, author and physician, to comment on some of the low points and the high points in Krishna Das's spiritual journey. The singer himself talks about how he was able to turn himself around and rededicate himself to his chanting after another powerful trip to India.

Listening to Krishna Das chant and watching the mesmerizing effect the singing has upon the men and women who come to his concerts, it is easy to see how this devotional form unlocks the peace, joy, and love within us all. One Track Heart: The Story of Krishna Das will move you to tears with its many poignant moments of deep feeling and connection. The movie's main message is nicely summed up another lover of the Divine, St. Teresa of Avila:

"Remember: if you want to make progress on the path and ascend to places you have longed for, the important thing is not to think much but to love much, and so to do whatever best awakens you to love."

Special features on the DVD include more than 45 minutes of extended and deleted scenes with Krishna Das & Ram Dass and additional Krishna Das concert footage . 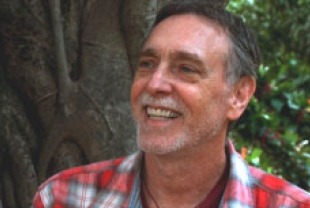 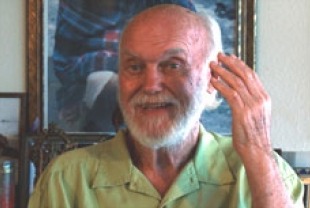 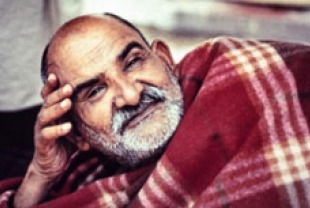 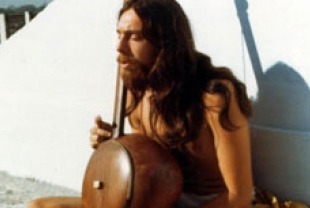