Directed by Richard Linklater
A couple on the cusp of a mid-life crisis talk their way through a storm of disappointments, resentments, and flash points in their 18-year relationship.

In Before Sunrise (1995), Jesse (Ethan Hawke), an American traveling by train to Vienna, meets Celine (Julie Delpy), a French graduate student on her way to Paris. Both in their twenties, they are entirely at ease with each other and able to talk freely about anything. They get off the train and spend an enchanted day and evening together.

In Before Sunset (2002), it is nine years later and Jesse is in Paris promoting his novel about their 14-hour romance. Celine meets him, and they pick up their lively and revealing conversations about life and sex and meaning. Both of them are hobbled by regret over their unconsummated union and realize it is now or never to connect.

Before Midnight is the third movie in Richard Linklater's trilogy about these two lovers. It is again nine years later, and they are finally living together in Paris. They are not married but have twin daughters; the family has just spent six weeks in Greece at the luxurious home of a writer (Walter Lassally). At the airport, Jesse is bidding farewell to his son Hank (Seamus Davey-Fitzpatrick), who is returning home to Chicago where he lives with Jesse's ex-wife. He feels guilty for having been an absent father and is thinking seriously about asking Celine to move with him to America so he can spend more time with Hank.

On the drive back to their vacation spot, this couple get involved in a heated conversation about her yearning to escape the boredom of her life by taking a new job in Paris. Middle age is a stage of life when most people are taking stock of themselves in terms of their intimate relationships, work, parenting, level of accomplishment, and the aging process. It is clear that both Jesse and Celine are at odds: she wants to stop playing second fiddle and be able to play her own song whereas he wants to rectify his past failings.

Back at their host's estate, they gather with Greek friends for a farewell meal. Talk turns to the future viability of books in the computer age, the nature of lasting romance, the differences between the generations and their view of love, and the gender splits on sex. It is interesting to note that in this cross-generational conversation, it is the middle-aged and older women who are the most articulate, the most passionate, and the most vibrant, whereas the men fade into the background.

Jesse and Celine decide to walk to a nearby hotel where a special room has been set aside for them as a farewell gift. Seeing them walking and talking with deep feeling, playfulness, and pleasure, we are taken back to the soulfulness of their initial encounter with each other. But at the hotel, the mood changes as they air their grievances and doubts about whether they should carry on their relationship.

Writer and director Richard Linklater has created a thought-provoking and memorable portrait of 18 years in the lives of one couple as they move from the freshness of romantic love to the same old song and dance of middle age. Their relationship has taken on new forms over the years and in this honest and authentic film, Jesse and Celine air the accumulated tensions, flash points, and disappointments. It is not a pretty picture but a necessary one as they age and change.

Coming to terms with the baffling geography of mid-life is something we all have to do. Before Midnight takes us into one relationship and lets us see once again that feelings are the language of love and the gateway to new possibilities. 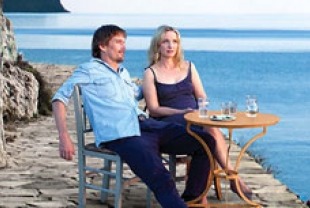 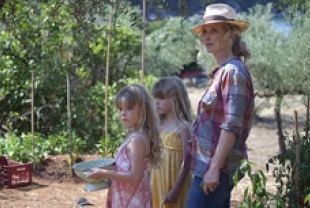 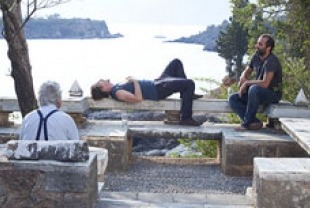 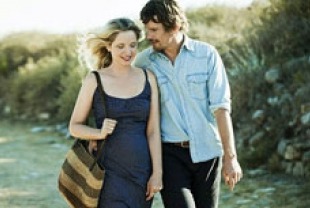