Directed by Craig Zisk
A fetching dramady starring Julianne Moore as an enthusiastic English teacher who turns a corner in her life and realizes she will never be the same again.

Linda Sinclair (Julianne Moore) is a middle-aged English teacher at a high school in Kingston, Pennsylvania. She is convinced that reading and thinking about great literature adds a richness and depth to everyday life. Most of her students have no passion for what she teaches them; only a few over the years have appreciated what she's doing to spur their creativity and imagination. One of them, Jason Sherwood (Michael Angarano), is now back in town. He had gone off to New York City to write plays.

Jason shares with her his disappointment with himself and confesses that he is going to follow the advice of his father, Tom (Greg Kinnear), a physician, who wants him to go to law school. When Linda learns that he has written a play called The Chrysalis, she asks to read it. After crying profusely while reading the end of the drama, she decides to pass the script on to the school's idiosyncratic drama teacher Carl (Nathan Lane). He shares her high opinion of it and is ecstatic to have a new work to shape after years of doing the same plays over and over.

Linda is very pleased with herself for giving Jason a new lease on his creative life and her natural enthusiasm comes to the fore in her teaching and her demeanor. She involves Jason as an advisor to work with the student actors. Carl purchases new props for the upcoming production and convinces her to foot the bill for them. In her triumphs, Linda lets her emotions run free and she has sex with the young playwright. It is at this point that we really empathize with her vulnerability. Although she feels immensely guilty about what she has done, she also senses that she has turned a corner in her life and things will never be the same again.

Craig Zisk directs this comedy and puts things together in such a way that there is a fine blend of seriousness and humor — especially the one-line zingers by Nathan Lane's theatre director. Julianne Moore effectively captures and conveys Linda's many moods in her time of transformation.

Special features on the DVD include interviews with the cast and crew; deleted scene. 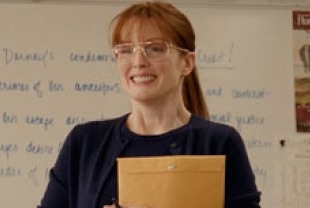 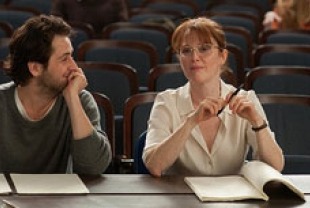 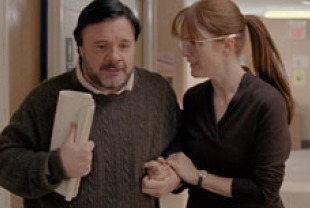