Global Spirit - Rumi and the Sufi Path of Love

Directed by Stephen Olsson
An exploration of the Sufi mystic's spiritual legacy.

• Read more about the Global Spirit series and find out where you can see it here.
• Watch clips of this episode at Global Spirit TV

Jalaluddin Rumi is one of the most popular poets in America, despite the fact that he lived in 13th century Turkey. His mystical poetry emerged out of Sufism, the mystical branch of Islam, and has touched the hearts of people of all religious traditions. When the United Nations declared 2007 as the "Year of Rumi," they were recognizing him as an advocate of interfaith tolerance and respect. For this "Global Spirit" program, Phil Cousineau turns to two studio guests who are intimately connected to Rumi's teachings for insights into the ideas that lie at the heart of his poetry and his enduring impact.

Kabir Helminski is a shaikh in the Mevlevi Order of Sufis, which traces its beginnings to Rumi's followers; he teaches throughout the world and leads communities in the United States and England through the Threshold Society. Parisa Soultana is the Persian co-producer and host of the multi-lingual Rumi website One ThroughLove.org; she is co-producing a documentary film on Rumi.

Kabir explains that a Sufi is someone who is following a mystical path of to God using love as the vehicle; the goal is to increase our capacity to love and to be loving. Rumi, adds Parisa, is asking people to wake up. For Rumi, this happened when he met Shams of Tabriz, who had been looking for someone with the capacity to be transformed by love and then share that message with others.

In a beautiful sequence, Kabir narrates a film clip of a Sema ceremony of whirling dervishes in Konya, Turkey. He explains that this is not only a meditation in motion, it is an act of service as the dervishes receive the divine energy through their right hand and bestow it on the world through their left. In another film clip, Kabir leads a community zhikr, the practice of remembering and recognizing the divine presence through the chanting of the divine names.

In other scenes, we learn about key themes in Rumi's poetry from Turkish Sufi teacher Cemalnur Sargut, Persian Rumi scholar Dr Elahi Ghomshei, and Afghan musician Farida Mahwah. Recitations of Rumi poems by series presenter John Cleese and translators Coleman Barks and Andrew Harvey are followed by a discussion of the art of translation.

Other subjects discussed in the program include Oneness as built into the design of life, the education of the heart, the feeling of separation yet belonging to God, and the breath of the Beloved that is playing us like the ney flute.

To Continue This Journey: 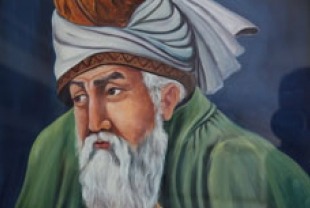 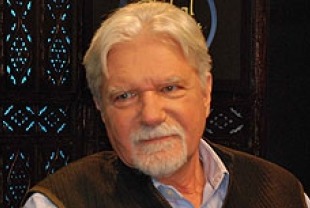 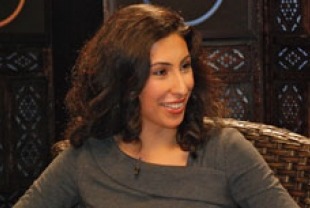