Directed by James Marsh
A gripping depiction of distrust as a vicious fire that consumes those who give in to its power.

"Distrust is like a vicious fire that keeps going and going, even put out, it will reignite itself, devouring the good with the bad, and still feeding on empty."
— Anthony Liccione

During the 1970s, young Collette McVeigh (Maria Laird) lives with her family in Belfast, Ireland. Not wanting to be interrupted while making a bead necklace for herself, she convinces her little brother to go in her place on an errand for her father. When he is killed in crossfire between British and Irish forces, her life is turned upside down by cascading guilt, grief, and regret.

By 1993 Colette (Andrea Riseborough) is a member of the IRA. She is caught after planting a bomb in a London subway station. Mac (Clive Owen), a MI5 British intelligence officer, presents her with a detailed file they have kept on her activities through the years. He makes her an offer to become a mole for MI5 as an alternative to separation from her son and 25 years in prison. They want information about the plans of her two brothers, Gerry (Aidan Gillen) and Connor (Domhnall Gleeson); they are high-ranking members of the IRA.

Although Collette agrees to the offer, she does not show up for her first meeting with Mac. She does come through in alerting him to a planned assassination of a top Northern Irish policeman. Soon senior IRA officer Kevin Mulville (David Wilmot) is looking for evidence that she has betrayed them. Meanwhile, Mac is busy trying to discover the plans of his boss Kate Fletcher (Gillian Anderson) who has her own agenda for using Collette and the information she has provided. He is frightened that he will not be able to protect this brave woman and her son as he promised.

Shadow Dancer is a gripping thriller directed by James Marsh who has proven his sensitivity and empathy with two outstanding documentaries — Man on Wire and Project Nim. The film is based on a novel adapted for the screen by its author, Tom Bradby. Here the focus is on the dynamic of distrust as a vicious fire that consumes those who submit to its power. Andrea Riseborough gives a luminous performance as Collette whose loyalties to her son and her siblings are severely tested. Clive Owens is convincing as the MI5 officer whose vulnerability shines vividly as his efforts to control events are all for naught in a political milieu where no one trusts anyone else — including colleagues.

Special features on the DVD include: Behind the scenes of Shadow Dancer; cast and crew interviews; and AXS TV: a look at Shadow Dancer. 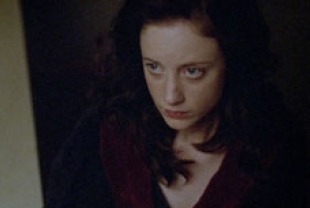 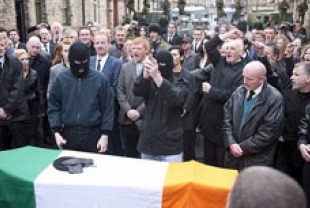