Directed by James DeMonaco
A bloody parable about the dangers of watering the seeds of violence.

In 2022, the leaders of the United States, who call themselves "The New Founding Fathers," have set aside one day a year in which all criminal activity becomes legal — people are free to vent their anger or hatred toward anybody anywhere. Police activity and emergency services are suspended and by the end of the 12-hour spree of murder and mayhem, dead bodies are removed from the streets, and people can return to their normal lives. This blood-letting ritual is considered decent and patriotic; it has renewed the nation and resulted in just 1% unemployment and a low crime rate. The New Founding Fathers congratulate themselves for providing a rebirth of America.

James Sandin (Ethan Hawke) has had a banner year as a salesman selling home-security systems. He lives in an affluent suburb with his wife Mary (Lena Headey) and two children, 16-year-old Zoey (Adelaide Kane) and 14-year-old Charlie (Max Burkholder). At seven o'clock on the evening of the Purge, he presses a button and steel shutters come down closing the family inside their fortress home. They hope to spend a quiet evening watching stories about Purge Night.

Charlie's conscience, however, sets in motion a series of ethical challenges which will force all the members of the family to decide whether they stand for or against the killing of others. It begins after Charlie watches a bloodied black man (Edwin Hodge) calling out for help from the street and he lets him into their home. A band of youthful marauders and murderers led by an elitist and vengeful leader (Rhys Wakefield) show up in front of the house and demand that the family hand over the "homeless pig" they are sheltering. If they do not comply, they will all be killed.

Writer and director James DeMonaco has discovered a way to critique the violence, class warfare, and consumerism which has taken root in American culture in recent years. Part of the story brings to mind The Handmaid's Tale and another part echoes some of the themes in La Zona, a hard-hitting Mexican film about the violence that erupts between the haves and the have-nots when the poor are given the shaft in order to protect the privileges of the rich and the powerful.

There are moments of carnage in this drama when the audience in the screening we attended cheered the bloody demise of the racist marauders. We were reminded of the way the makers of Straw Dogs and many horror films use violence to provide cheap thrills. Nonetheless, we commend DeMonaco for showing us how the walls that have been erected to make people feel safe actually imprison them. And a nation that waters the seeds of violence will one day soon feel the dire consequences of such primal hatred and elitist views.

Special features on the DVD include "Surviving The Night: The Making of The Purge" featuring exclusive interviews with Ethan Hawke, Lena Headey, and more. 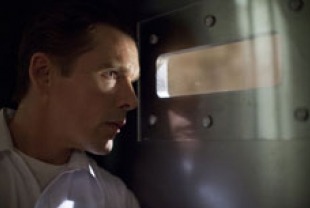 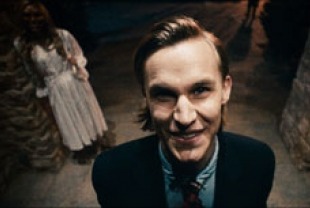 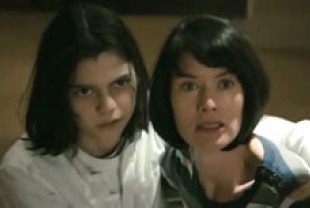 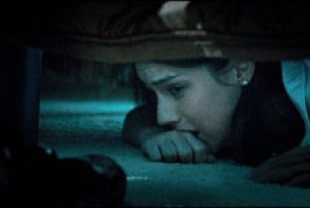