Directed by Lawrence Blume
A moving depiction of a teenage girl's quest for a way out of her sadness, grief, and loss over the sudden death of her beloved father.

Davey Wexler (Willa Holland) is a 17-year-old girl whose beloved father has been shot to death in a holdup of his convenience store in Atlantic City. Her mother, Gwen (Amy Jo Wexler), is immobilized by grief and concerned about the family's uncertain future. Davey steps in to help care for her little brother, Jason (Lucien Dale). But it is soon clear that the family has to get away from the place where there are so many memories. They decide to visit Gwen's older sister Bitsy (Cynthia Stevenson) and her husband Walter (Forrest Fyre) in Los Alamos, New Mexico, the birthplace of the atom bomb. He, like many other residents of the city, works in the nuclear bomb industry.

Bitsy and Walter, who do not have children, take over the parenting role for Gwen who falls into a deeper depression, taking pills and sleeping all the time. When it becomes clear that they aren't going back to New Jersey soon, Bitsy enrolls Davey and Jason in school. The teenager begins to resent her aunt's intrusion in her family life; she also despises Walter's work and his lack of respect for her father.

Davey mostly likes to be alone. While exploring a canyon nearby, she meets Wolf (Tatanka Means), a handsome and sensitive Native American who complements her on her beautiful smile but sees sadness in her eyes. He offers to take her climbing up to the pueblo caves when she gets boots and appropriate gear. When she says her name is Tiger, he says he's going to call her Tiger Eyes.

At school, Davey is befriended by Jane (Elise Eberle) whose father is a famous physicist and expects great things from her. Jane has become an alcoholic, and Davey sees how her addiction leads to repetitive self-destructive behavior. Jane's trying to score points for her college applications by volunteering at the local hospital. Davey decides to join her. There she meets Willie Ortiz (Russell Means), a cancer patient. He takes a fancy to her and, moved by her grieving nature, assures her that "life is a good adventure." He also fills her in on his son, an award-winning scholar headed to a prestigious college in California; later she's surprised to find out this is Wolf.

By now, Davey and Wolf have become good friends. She's able to talk with him about her losses and her feelings of disconnection with the Los Alamos people. They climb to the caves and he explains more about his culture. Then he takes her to the reservation where he undergoes a belonging ritual so that he will never feel alone or separated from the community. Davey is inspired by his genuine caring for her and his encouragement for her to move on with hope.

Tiger Eyes is directed by Lawrence Blume, who also wrote the screenplay adapted from the novel by his mother, Judy Blume. Father and son Takanka and Russell Means are beautiful representatives of Native American spirituality. And newcomer Willa Holland successfully captures and conveys Davey's many moods.

This emotionally affecting film offers a poignant depiction of the loss and loneliness of sadness, a malaise that has accompanied Davey's grief over the sudden and violent death of her father. Various characters suggest healing strategies for her sad eyes: the positive appreciation of life espoused by the dying Willie Ortiz; the safety and security of military protection as promoted by her uncle; the path of creative expression through Davey's participation as a singer in a talent show; and the rituals for the lost and lonely offered by the Native American community. But in the end, it is the soulful connection with Wolf that gives Davey the courage to carry on and to finally say goodbye to her father in a ritual of loving closure. 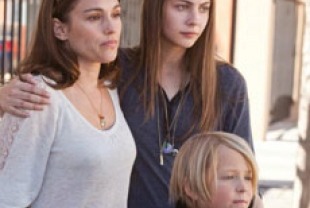 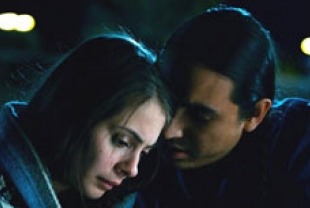 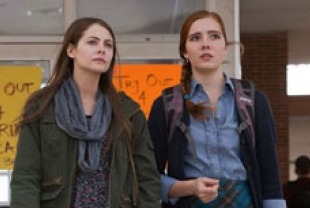 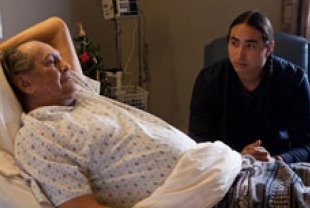 PG-13 – thematic material including a violent incident, some teen drinking