Directed by Douglas Tirola
A playful and entertaining probe of the cocktail renaissance in our time.

We enjoy single-subject books and films where authors and directors take something like butterflies, bees, or spelling contests and then shed light on the topic from many different angles as they deepen and enrich our understanding and appreciation of the matter at hand. In this entertaining documentary, Douglas Tirola explores the rise of the craft cocktail and the careers of two bartenders who like what they do and try to do it well.

The film begins with a quotation by Pete Hamill: "The culture of drink endures because it offers so many rewards . . . above all the elusive promise of friendship and love." At Employees Only in New York City, we meet Steve Schneider, a former Marine who has become a creative mixologist and rock star bartender who makes drinks with flair and talks about his work with delight. At the other end of the spectrum is Steve Carpentieri who owns a bar named Dunville's in his hometown of Westport, Connecticut. He is in a rut and wants to make a shift to craft cocktails which he hopes will bring new clients to his establishment.

Director Tirola gives us a crash course in the history of bartending and shows how drink-makers put on lively performances every night as they mix liquids, do magical things with ice, and even throw in some acrobatic moves. Each evening, a new audience appears seeking entertainment and the pleasure of drinking. We don't drink cocktails ourselves and are a little bit shocked at the price of these concoctions but Tirola manages to keep our interest with this playful probe of the cocktail renaissance. 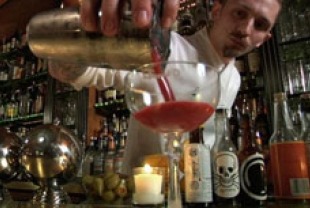 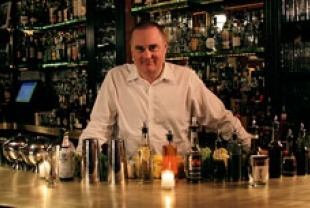