Directed by Paul Andrew Williams
Touching story of an elder couple who discover the heart dimensions and transformative power of singing.

"For me, the invisible instrument manifests through the voice, that mysterious sound maker composed of vocal cords, lips, tongue, breath, and spirit. It’s a peculiar and fascinating instrument, a peculiar and fascinating life," writes Joan Oliver Goldsmith, a freelance writer living in Minneapolis. More than 20 million Americans (10.4 percent of the population) now perform in choral groups. People believe that anyone can sing and too often we allow a small group of professional musicians to perform for us rather than doing it ourselves. Those who have participated in choirs report that singing with others creates soulful bonds and opens the doors of their hearts. It has proven to be especially beneficial to older people who enjoy the camaraderie and the fun of singing together.

Unfinished Song, directed by Paul Andrew Williams, is a delightful drama set in England. Arthur (Terence Stamp) is a grumpy and sour-faced pensioner who is looking after his cancer-stricken wife Marion (Vanessa Redgrave). She does not have long to live and is determined to squeeze as much pleasure out of her remaining days as she can. Much to the dismay of her husband, Marion is part of an unconventional local choir led by Elizabeth (Gemma Arterton), an enthusiastic grade school music teacher. They have a ball singing modern material like Salt 'n Pepa's "Let's Talk About Sex" and "Love Shack." Arthur resents all the time and energy Marion puts into weekly rehearsals and is especially peeved when she is given a solo number to perform at a tryout for a choir competition.

Although this long-married couple are as different as day and night, they do love and depend on each other. On the other hand, Arthur has never allowed his grown son James (Christopher Eccleston) to get close to him, keeping him at arm's length. When Marion sings "True Colors" both James and his daughter are there to witness the emotional event. Even Arthur is moved but exits immediately afterwards .

Following Marion's sudden death, Arthur descends into a hole of grief and keeps to himself, shutting out James and his granddaughter. Feeling that he needs a friend, Elizabeth reaches out to him and discovers that he has a talent for singing which he has kept hidden for years. Together they rehearse Billy Joel's "Goodnight My Angel," a song from the heart that he wants to sing for Marion.

Dina Soresi Winter has observed: "It is important that we sing. . . . Singing frees the soul, makes it flexible, and helps it soar and expand. Singing lets the sun in — gives warmth to our lives and wings to our Spirit. Those who sing know this." This is beautifully demonstrated by the spiritual transformation that takes place in Arthur as he begins to sing and get in touch with his inner being.

What's the spiritual message of this sweet film? Sing to express your joy. Sing to chase your blues away. Sing to make the world right again. Sing a particularly eloquent song or catchy tune. Sing to someone you love. Sing because you were given a voice, and that's what it's for. Feel the blessed vibrations coursing through your throat, rumbling in your chest, buzzing in your ribs. Feel the breath of life fill you up and be returned to the world.

Special features on the DVD include deleted scenes and outtakes. 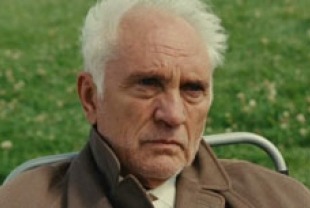 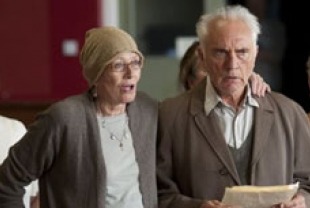 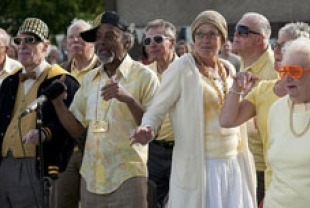 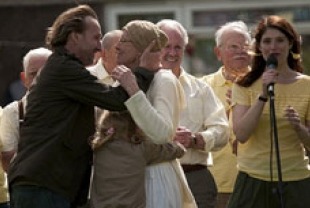 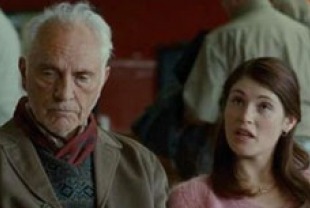 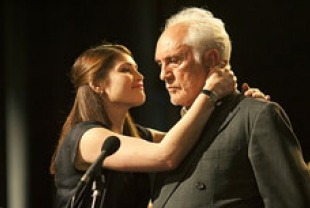