Directed by Ryan Coogler
The compelling true story of a 22-year-old African-American whose effort to turn his life around was cut short by a trigger-happy policeman.

On New Year's Day in 2009, Oscar Grant, a 22-year-old African American was shot in the back by a police officer at the Fruitvale subway station in Oakland, California; the officer was responding to reports of an altercation on the Bay Area Rapid Transit (BART). Oscar was returning from a night out with his girlfriend and friends. Writer and director Ryan Coogler has made a compelling film about Grant's last 24 hours prior to his death. It stretches our empathy and trains us in the art of opening our hearts to a person we might only consider a scary stranger surrounded by some raucous buddies.

Oscar (Michael B. Jordan) is an ex-con who is desperately trying to get his life back on track. His girlfriend Sophina (Melonie Diaz) is still fuming about his having sex with another woman. He was fired from his job at a supermarket for repeatedly showing up late and his boss is unwilling to reconsider his decision. Oscar, feeling at the end of his rope, considers going back to selling drugs but dumps the marijuana he has in the ocean. He decides to get a head start on his New Year's resolutions.

He begins his efforts with a day of errands; he gets some food for his mother Wanda's (Octavia L. Spencer) birthday party in the evening; he picks up a card for his sister who can't make the celebration; he sees his daughter Tatiana (Ariana Neal); and he helps a young woman who needs some guidance on cooking fish by having her talk to his grandmother (Marjorie Shears).

Following the festivities at his mother's party, Oscar and Sophina, along with some friends, take the metro to San Francisco to bring in the New Year. But they are late and forced to celebrate on the train as black and white, rich and poor, young and old, straight and gay celebrate the moment together as one improvised family of strangers. It is a magic moment in a poignant movie that leaves us with a deep sadness that soon afterwards Oscar's personal renewal was cut short by unnecessary and cruel police violence.

Special features on the Blu-Ray/DVD include Fruitvale Station: the story of Oscar Grant; Q&A with cast & filmmakers. 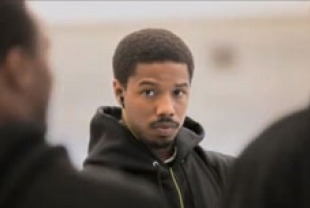 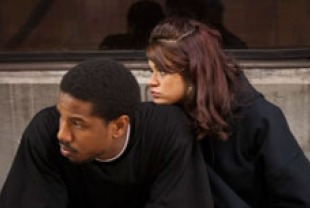 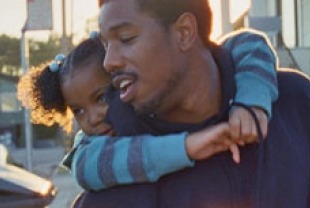 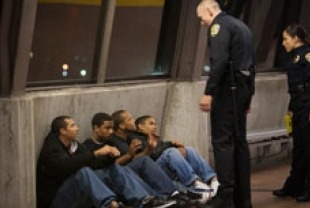