Directed by Linda Goldstein Knowlton
Four girls adopted in China by American parents struggle as teenagers with their identity and whether to learn more about their birth families.

After China instituted the One Child Policy in 1979, many female babies were abandoned; some were left on streets while others were taken to orphanages. A small portion of these infants were then adopted by Americans; since 1989, 80,000 Chinese girls have found homes in the United States. Linda Goldstein Knowlton, who produced Whale Rider and The Shipping News, is director of this enlightening documentary spurred on by her own experience of adopting her daughter Ruby in China. In Somewhere Between, Goldstein Knowlton focuses her lens on four teenage girls and their struggles as teenagers who view themselves as "somewhere between" American and Chinese.

Haley grows up in Nashville, Tennessee, in a Christian family and dreams of performing with the Grand Ole Opry. She is also determined to find her birth family in China. On a trip to the village where she was found, a man comes forward claiming to be her father, setting off a whirlwind of feelings in Haley. She lacks self-esteem, calling herself a banana "white on the inside and yellow on the outside."

Fifteen-year-old Jenna is the archetypal hard worker who attends the prestigious Phillips Exeter Academy and is coxswain on the crew team. She also has demonstrated talent as a figure skater. But underneath all this drive and talent is her memory of being abandoned.

Ann grows up in suburban Philadelphia and carries the U.S. flag as a color guard in a parade. She is not really interested in going to China until she meets other Chinese adoptees through a program.

Fourteen-year-old Fang "Jenni" is raised in Berkeley, California. She was adopted late at age 5 and has never forgotten being abandoned by her brother on a street corner. This painful memory propels her to take an interest in a bright-eyed little Chinese orphan girl with cerebral palsy. Fang is instrumental in finding her a home in America.

Somewhere Between is so focused on the girls' quest to find out who they are that there is little time for the adoptive parents to enter into the dialogue. We see the teens bonding with other adoptees on a trip to Europe, speaking before groups, and visiting each other. Fortunately for the viewer, all four are articulate and have clearly done a lot of thinking about their situations. By the end of the film, we find ourselves wishing we could see them again once they are through college to see what they have learned and how they are fulfilling their roles as China-born Americans.

Includes bonus disc with a one-hour companion piece to the film, Beyond Somewhere Between, a deeper exploration of adoption and identity, using interviews with professionals, adult adoptees and unseen footage of the girls. 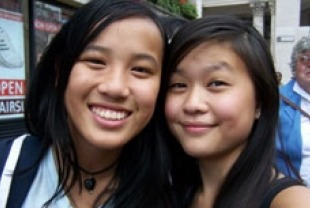 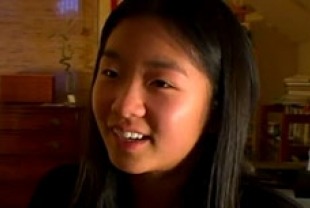 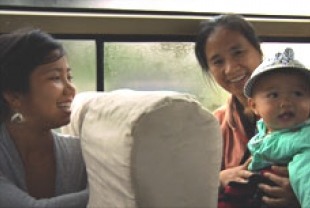 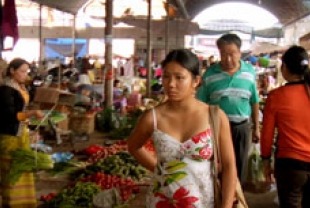