Directed by Joe Swanberg
A drama that shows how romantic love and friendships can demand more nurturing than some people can give them.

Writer and director Joe Swanberg has made 13 features in eight years including Nights and Weekends, a romantic comedy about a couple going through a rough patch. In the credits, the director pays tribute to Paul Mazursky and Elaine May, two filmmakers who liked to explore the befuddlements of lovers as they try to clarify the nature of their intimate relationships. That is exactly what is going on in Drinking Buddies.

Kate (Olivia Wilde) handles event planning for a Chicago craft beer company and she spends her evenings with co-workers who get together regularly at a local bar. She eats lunch often with Luke (Jake M. Johnson), her best friend. Both raucous laughers, they enjoy goofing around. Although there is a sexual undertow to their friendship they have chosen not to pursue it since Kate is dating Chris (Ron Livingston), a serious and successful man, and Luke plans to marry Jill (Anna Kendrick). But they haven't set a date, and Jill is getting nervous about whether they will ever tie the knot.

Joe Swanberg throws these four characters together for a weekend at Chris's lakeside cottage, and he spends more time with Jill than he does with Kate. After a walk in the woods and some wine at an improvised picnic, they kiss and both are attracted to each other. Kate and Luke have their own little get together playing cards and talking late into the night.

In the most revealing scene, Jill is out of town for a week and Luke volunteers to help Kate move to a smaller apartment; he is astonished to find her old place filled with garbage and junk strewn on the floor along with unclean dishes in the sink. When he cuts his palm on a nail protruding out of her couch, she panics and is unable and unwilling to help him. Realizing what a basket case she really is, he explodes in anger. When she then cancels out on a private dinner with him and decides to hang out instead with her other co-workers, he criticizes her and she over-reacts in a rage.

It is distressing to watch these four inarticulate men and women as they struggle to share what they are feeling. They have all brought emotional baggage from the past into their present relationships and, as a result, seem unable to express how much they enjoy and appreciate each other. Drinking Buddies leaves us with the impression that both romantic love and friendship are noble and most difficult undertakings that demand more nurturing than some people can give them. 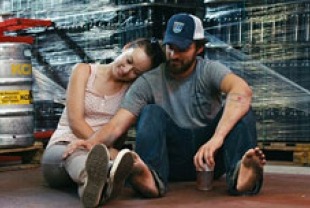 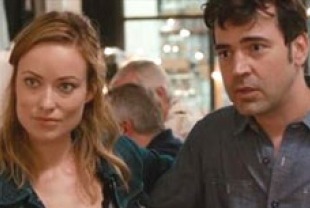 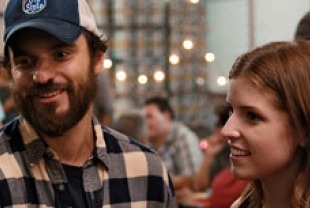 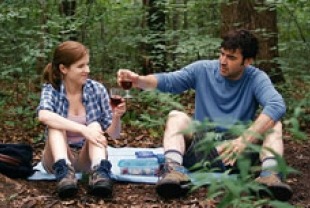