Directed by Destin Daniel Cretton
A sensitive and well-acted drama about a wounded healer and the challenges she faces in her work with troubled kids.

The sensitive Christian writer Henri J. M. Nouwen understood human brokenness and helped us see how we could use our experiences of pain and suffering to better understand and help others. His understanding of the art of a wounded healer has been brought to the screen with heart wrenching power and conviction in Short Term 12 written and directed by Destin Daniel Cretton. This is a well-acted drama set in a group home for damaged adolescents, a sort of half-way house where they can only stay for a year.

Grace (Brie Larson) is the supervisor at the facility but is not a trained therapist. Fellow counselor Mason (John Gallagher Jr.) works closely with her and is her committed boyfriend in private. They welcome a new volunteer Nate (Rami Malek) and show him the challenges of looking after these foster kids, many of whom are mentally ill. Marcus (Keith Stanfield) is an 18-year-old African-American who is getting ready to leave but is terrified at the prospect of being on his own. Jayden (Kaitlyn Dever), a new patient, is a cutter, harboring a secret that Grace is determined to unlock. They share an interest in drawing and it serves as a bridge to communication between them.

Writer and director Destin Daniel Cretton has fashioned a heartfelt drama built around Grace and her gifts and problems. Although she comes across as a person who reaches out and connects in a genuine way with these troubled kids, her own struggles are eating away at her future. She has not told Mason that she is pregnant and that she wants an abortion. Sexually abused as a child, Grace knows from firsthand experience what it is like to be victimized, isolated, and living in fear. When Jayden shares a children's story she's written, Grace interprets the back story and knows what she has to do. The upbeat ending gives us hope that this caring counselor can turn her own private life around and surrender herself to the love that she so richly deserves. 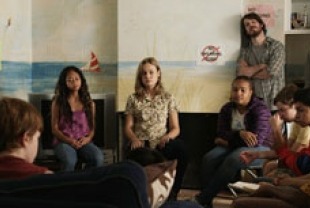 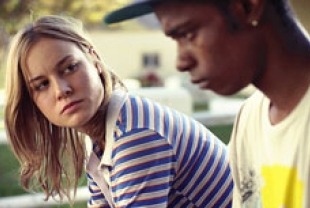 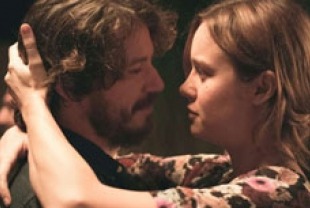 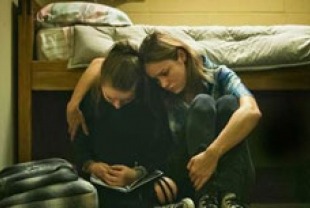