Directed by Mary Fishman
A heart-felt documentary celebrating the incredible achievements of activist Catholic nuns in the United States.

We have always marveled at the grand and wonderful work being done by Catholic nuns in the United States. Their faith, devotion, service, and pursuit of justice warms our hearts. Leaders in this movement Joan Chittister, Megan McKenna, Joyce Rupp, and Macrina Wiederkehr are included in our Living Spiritual Teachers Project; each profile includes a biography, quotation sampler, lists of books and audios, interviews, articles, websites, and more.

Pope John XIII (pope from 1958 - 1963) opened the windows and let fresh air into the musky house of the Catholic Church. Given the chance to work outside the cloister and leave behind their habits, many energetic nuns took to the streets to participate in the tumultuous events of the 1960s — civil rights demonstrations, anti-Vietnam protests, and the emergent Women's Lib movement. Their activism has continued to this day.

In this documentary, we see the depth of commitment of these nuns to a wide variety of callings:

• We accompany two empathetic nuns who have been praying, counseling, and demonstrating for immigrants being deported in Illinois.
• We learn about the legacy of the nuns who were murdered in El Salvador and whose spirit lives on in those demonstrating against the ethical improprieties of the School of the Americas.
• We visit with nuns who seek the ordination of women in the Catholic Church.
• We follow some sisters who are environmental activists and pay tribute to the sacred earth community.
• We see the impressive work of nuns involved in creating housing for the poor and the homeless.
• We note the interest in organic farms run by nuns.
• We learn about a nun who runs a holistic health center serving the poor.
• We watch two sisters on a podcast assisting women who are feeling called to be a nun.

Producer and director Mary Fishman has chosen a fascinating and eclectic band of sisters to profile in this inspiring documentary about their march to a richer and deeper amalgamation of contemplation and social activism. "We are the risk-takers in the church," says one of them, and she is right. Despite the roadblocks set up by the government, by the military, and conservatives in the Vatican, these resilient nuns keep on with their varied ministries doing the best they can to mend this weary world. Right now these sisters are the heart and soul of the Catholic Church in America. 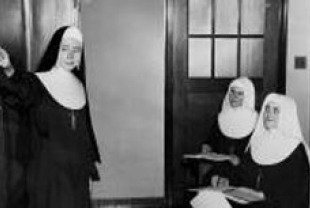 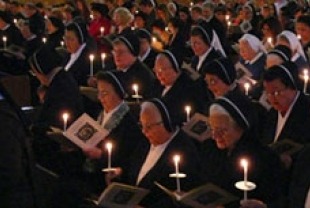 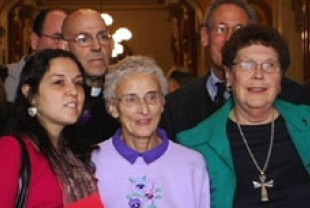 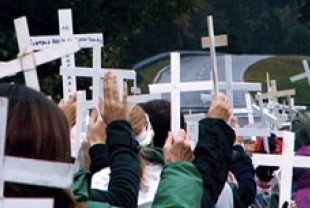