Directed by Haifaa Al-Mansour
A powerful film on how a creative little girl in the oppressive Saudi Arabian society expresses her rebelliousness and tries to fulfill her dreams.

Wadjda (Waad Mohammad) is a smart, determined, and spunky 12-year-old tomboy whose lives with her mother (Reem Abdullah) in Riyadh, Saudi Arabia, in a spacious home. There is tension in the household created by her father (Sultan Al Assaf) and his family who are looking for a second wife for him who can bear him a son. Although this rift troubles Wadjda, she has other things on her mind.

She spends most of her spare time with Abdullah (Abdullrahman Al Gohani), the boy who lives next door and is quite taken with her feisty ways: selling friendship bracelets to her classmates, listening to Western pop music on the radio, and wearing baseball boots under her abaya. The same qualities he finds intriguing, Wadjda's authoritarian teacher Hussa (Ahd) at the all-girl school abhors; she sees Wadjda as a troublemaker.

This hyper-religious Muslim is therefore very surprised when Wadjda claims to have seen the error of her ways and now wants to prepare for the school's annual Qu'ran contest. Of course, neither the teacher nor her schoolmates know that if she wins the contest, she intends to purchase the bicycle she has been desiring for a long time. Typical of her nonchalant rebelliousness, Wadjda knows that a girl riding a bike is looked down upon. For her the bike signals freedom and a chance to beat Abdullah in a race.

Wadjda is the first feature film shot entirely in Saudi Arabia and the first film to be directed by a Saudi woman. Haifaa Al-Mansour has made an engaging drama about a little girl whose courage and creativity help carry her through sexual harassment by a building site worker and being humiliated by her teacher. She is determined to not acquiesce to the patriarchal dominance that her mother and other women have accepted as their destiny (see the note below).

It is fascinating to watch Wadjda focus her energy on memorizing and reciting verses from the Qur'an. For doing this, she is accepted as a model pious girl. There are a few genuine surprises which play out in the last section of the film. Hats off to Waad Mohammad for her tour de force performance as Wadjda!

Notes on Being a Woman in Saudi Arabia

Writer-director Haaifa Mansour has made a courageous first feature film in hopes of telling the world what is happening to women in Saudi Arabia: In the press notes, she states:

"I wanted to give the intellectual debate a human face . . . It was important for me that the story was an accurate portrait of the situation of women in Saudi Arabia."

In an article on Worldette.com, "Being a Woman in Saudi Arabia," an expat Saudi woman named Mandi explains the many restrictions on women there. A woman, regardless of age or marital status, is required to have a male guardian who may be her father, her husband, her uncle, her brother, or even her own son. She must go to this person and ask permission to take trips, study at university, work, or marry. In some cases, a woman cannot even receive medical treatment without her guardian's approval. These severe and burdensome restrictions are the plight of women from more conservative families. Those lucky enough to come from more open homes are not so heavily constrained.

In Wadjda, the little girl's mother is not allowed to drive and so she is always dependent upon a driver who must take her and other women to work and back home. Wadjda and the girls in her class at a strict state-run school get in trouble when they meet innocently with a boy or get too close to their girlfriends. Wadjda is regularly criticized for allowing her head to go uncovered and for talking too loudly in public areas where men can hear what she says. "A woman's voice is her nakedness," the legalistic head of the school tells Wadjda.

Given this tense climate brought on by chauvinistic power plays and the male dominance, it is very refreshing and liberating to watch Wadjda use all her will-power and creativity to purchase a bike. This top-drawer drama gives us hope that rebels like Wadjda will some day soon find their way to the life of freedom and flourishing that they need and deserve! 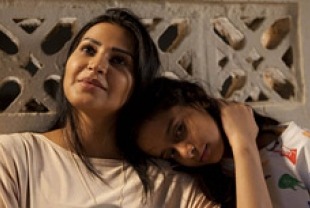 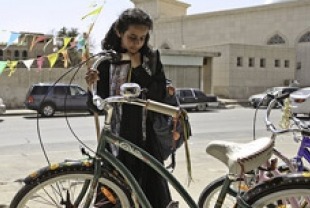 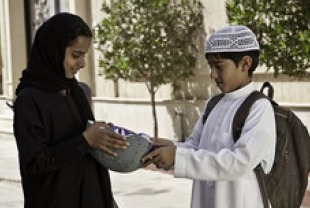 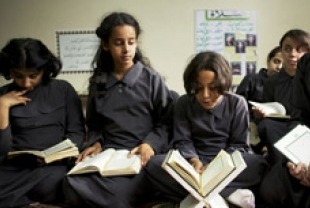