Directed by Eran Riklis
The spiritual journey of a Palestinian teenager from a refugee camp in Beirut in 1982 and an Israeli pilot captured by the PLO.

We really appreciated Director Eran Riklis' last two movies, including both of them in our annual "Most Spiritually Literate Films" lists. The Syrian Bride is a wedding movie unlike any other ever made! The setting is at the border of Israel and Syria, and it depicts the ways in which bureaucracy, racial hatred, pride and prejudice can separate people from one another. Riklis does a marvelous job orchestrating all the tensions in the drama and enables us to think more seriously about the spiritual practices of hospitality and forgiveness. Best of all, he brings an open-mindedness to all the characters in this highly-charged political setting.

Of his latest film, Zaytoun, Riklas has said: "It is a road movie, a war movie, a buddy movie. I wanted it to be serious and yet full of humor, realistic, and yet a fantasy, true to the region and yet universal. I believe the result is all of the above with my view of the fragile, explosive, pessimistic, seldom optimistic fabric of the Middle East and its never ending conflicts."

On the crowded and chaotic streets of Beirut, Lebanon, in 1982, Fahed (Abdallah El Akal) is a teenager who skips school to sell gum and cigarettes. He enjoys the freedom and the break from living in a Palestinian refugee camp with his father and grandfather. Both of these men yearn to return home to the land of their ancestors. To nourish his dream Fahed's father is growing an olive tree to plant there sometime in the future. But when the refugee camp is bombed by Israeli planes, he is killed. One of the jets crashes and Yoni (Stephen Dorff), the pilot, is captured by PLO militants and imprisoned.

At first, the Palestinian teenager has nothing but hatred for this enemy who has taken away all that is precious to him. Given the privilege of guarding this prize prisoner, Yoni is tempted by the Israeli officer's offer to escort him back to Israel and to make it possible for him to visit the place where his grandfather lived. Throwing caution to the wind, Fahed and Yoni escape and begin a dangerous journey together filled with hardship, pain, fear, and hope.

Yoni proves himself to the boy when he puts his life on the line by retrieving from a mine field his father's olive tree. In return, the Palestinian finds the right herbal medicine to heal a wound that has been slowing Yoni down as they head for the border. On the last leg of the journey they forge a bond that is meaningful to each of them as they move beyond seeing each other as antagonists in an endless cycle of hatred, anger, and revenge.

We are grateful to Eran Riklas for sharing with us another touching and inspiring film that helps us become more sensitive to those spiritual qualities that counter racial and ethnic hatreds. We aren't going to speculate on how Yoni and Fahed will fare after their parting but hopefully they will be much more loving, open, and hospitable to others who are different from them.

Special features on the DVD include a 37-minute making of documentary; the original theatrical trailer; and other trailers from Strand Releasing. 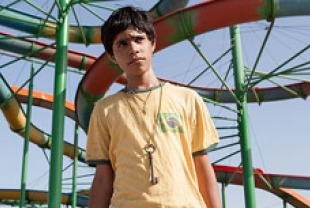 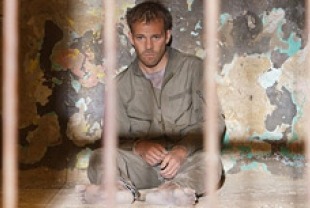 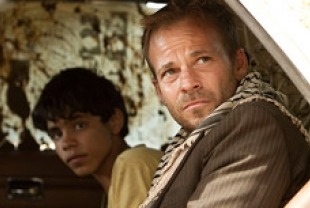 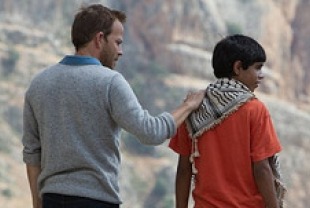