This is Frederick Wiseman's 38th documentary in an accomplished and highly praised series of works on basic training, high school, welfare, meatpacking plants, a boxing gym, ballet, public housing, a racetrack, a zoo, a special-needs school, and more. One of his signature marks is no talking heads or voiceover explaining what we are seeing on the screen. With creative editing and a firm grasp of the subject matter, this veteran filmmaker takes a look at some of the challenges being faced by the University of California in Berkeley. This institution is known for its commitment to educational excellence, its public access, and its history as a seedbed for student radicalism in the 1960s.

The setting for At Berkeley is the autumn semester in 2010 as members of the senior staff and then-chancellor Robert J. Birgeneau (whose retired in 2013) are trying to deal with the severe reduction in funding (down to 16 percent of their total budget) from the state of California. Various suggestions are considered including the expansion of research programs and actively recruiting students in Asia, South Africa, and elsewhere.

Meanwhile, students who are against increases in tuition stage a protest march followed by occupation of the library. Their list of demands, however, is scattered and there is no real passion in their speeches. The university administrators draft a response but there is no need since the students eventually evacuate the library. Wiseman's coverage of this incident only proves how the times have changed.

The faculty, staff, and local residents at Berkeley number in the tens of thousands. We are given glimpses of everyday life on campus with students walking, studying, playing field hockey, or sleeping on the lawn. Wiseman does a fine job conveying the diversity of university life in scenes of a monologue from the play Our Town, a lecture on leadership by Robert Reich, a black woman expressing how it feels to be shut out of white study groups, a student's commentary on his project of bionic legs for a disabled soldier, a song from a funny student musical on Facebook, an English Literature professor reading from John Donne's sexy poems, and ROTC students doing drills late at night.

Even with its four-hour running time, At Berkeley could have been extended to include more material on classes, life in dormitories, and the students' leisure activities. But we are happy to settle for this impressive look at the daily happenings at a major American university. 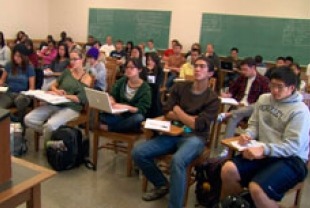 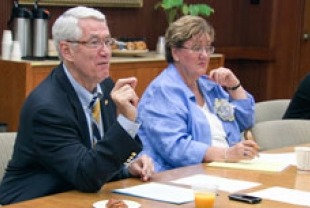 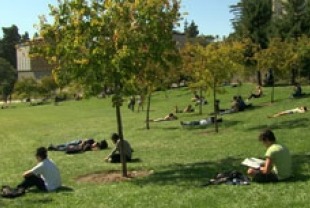