Directed by Sebastian Lelio
A superb Chilean film about the quest of two middle-aged divorcees for lasting love.

Gloria (Paulina Garcia) is a 58-year-old divorcee who has been on her own for 13 years in a small apartment where the walls are so thin she can hear the screaming of a drug user upstairs who sounds like he's having a bad trip. Gloria works in an office and tries to keep in touch with her grown children: a son Pedro (Diego Fontecilla) who is raising a small infant on his own and a daughter Ana (Fabiola Zamora) who teaches a yoga class. Whereas other women Gloria's age are spending much of their free time looking after their grandchildren, she has not had to do this.

Instead on weekends, you can find her at a Santiago dance club with plenty of men her age. Gloria makes eye contact with Rodolfo (Sergio Hernandez), and they really connect on the dance floor. It's as if they have been waiting for each other for a long time. He is very much taken with her enthusiasm and joy even though these qualities might be missed by others thanks to her very large glasses.

Rodolfo has only been divorced for a year and is still immersed in looking after and financially supporting his two grown daughters and ex-wife. He seems to have plenty of money as the owner of a small fun park where customers can do bungee jumps and battle each other with paint-guns. In a moment of openness with Gloria, he shares the transformation of his life after gastric bypass surgery and a large weight loss.

Although Rodolfo can bring Gloria to tears by reading her love poetry and they both enjoy their lively sex together, he shows impatience and the need to be in control of their relationship when she takes him to meet her family at her son's birthday party. When Gloria has too much to drink and really gets caught up in looking at old family pictures with her ex-husband (Alejandro Goic), Rodolfo walks out on her. She is devastated and humiliated.

After frequent apologies for his selfishness at the birthday party, these two middle-agers get together again for a weekend at a fancy resort. The test comes when one of his daughters calls and reports that her mother has been badly injured by walking through a plate glass window. Gloria wants him to let go of his attachment to the past and to be truly present in his loving relationship with her.

Gloria is a superb film about the important role of emotional intelligence in mature intimate relationships. Sebastian Lelio directs this Chilean drama and has co-written the screenplay with Gonzalo Maza. It portrays the desperate loneliness of Gloria, the co-dependence of Rodolfo, and the need for both of them to change their ways in order to deepen their relationship. Paulina Garcia puts in a rich and robust performance as Gloria. We salute this poignant and heart affecting film for its fresh and keen insights into the vulnerabilities of middle-age love which is never what we expect or imagine it to be.

There are many different kinds of lonely people. Not all of them live in social isolation. Gloria is an energetic and enthusiastic single woman who loves drinking and dancing the night away at clubs and bars. Sometimes she is lucky and connects with a stranger; othertimes, she returns alone to her empty apartment. A stray cat reinforces her inner feelings of sadness.

Gloria has learned that playfulness and humor combined make a good antidote to loneliness. That is why she's willing to take a quick look at laugh therapy. She also derives pleasure from her yoga class and singing pop love songs in the car.

Her positive attitude works like a charm with Rodolfo, a newly divorced man. Their intimate relationship begins to bloom and she is enchanted having him read poetry to her in bed. The roadblock which stands in the way of their new life together in love is his ties to his ex-wife and daughter.

And so Gloria is forced to begin again. She returns to the dance floor and lets the music lift her spirits and carry her away. Dancing is her leap of faith — a truly heroic act after such disappointment.

Special features on the DVD include a behind-the-scenes musical montage: "Gloria"/"Eres"/"Fiesta Golden Seniors." 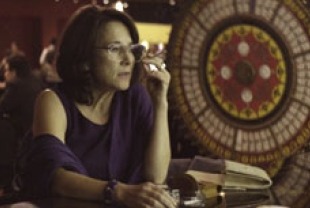 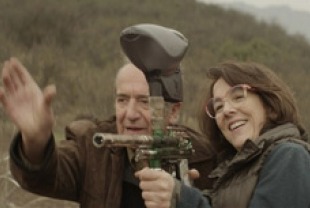 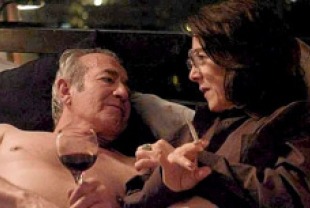