Directed by Alexander Payne
A spiritual film about a son who takes his irritable dad on the road and in the process opens himself to truly honoring the old man.

Mark Gerzon believes that aging is not a matter of chronological years but of moving through what he calls "soul time." This has "less to do with calendars than with fear; less to do with wrinkles than with truth; and less to do with death itself than with the deepest dimensions of life." That's the view of aging conveyed by Alexander Payne in his sixth directorial feature.

Shooting in black-and-white, Payne proves once again that he is one of the most sensitive and whimsical explorers of the challenges faced by ordinary people as they play out the dramas of what they see as their little lives. This time he's structured the comedy around a very touching and funny debut screenplay by Bob Nelson. It deals with the quest of an aging resident of Billings, Montana, who thinks he has won $1 million in a Publisher's Clearing House-like lottery.

Woody Grant (Bruce Dern) is a confused alcoholic who is having dementia problems. His son David (Will Forte) picks him up at the police station after he is found wandering down the highway on his way to Lincoln, Nebraska, to collect the money he thinks he has won. David's job as a salesman and a love affair with a live-in girlfried have both come to a crashing finale. His brother Ross (Bob Odenkirk), who is a local TV news announcer, wants to put Woody in a nursing home, and his mother Kate (June Squibb) agrees. She is sick and tired of looking after him and wants some relief.

Although David and everyone else tells him that the money is bogus, Woody won't budge from his yearning to get to Nebraska. Feeling sorry for his beleaguered father and needing a break from his own lackluster life, David volunteers to drive Woody to pick up the prize.

Along the way, he tries to get his father to talk about his life but he is unsuccessful. When he shows him Mount Rushmore, Woody criticizes it for looking undone. And when the two men stop for a surprise visit to his relatives in Hawthorn, Nebraska, where Woody grew up, David sees that his uncles don't talk much either. The only ones who speak are two sarcastic nephews (Tim Driscoll and Devin Ratray) who ridicule David for taking so long to drive to Hawthorn.

An unexpected treat on the trip is meeting Woody's girlfriend Peg (Angela McEwan) from years ago. She tells David a little bit about his father's past and what he was like after returning from the Korean War. He picks up more information from a former business partner, Ed Pegram (Stacy Keach), who tells him about an extra-marital affair with a half-breed and then says that he expects Woody to pay him back the money he owes him. Soon others in the town are asking for hand-outs as well.

Joined by the rest of the family, David takes Woody to visit the farm house where he grew up, and he and Ross try to rectify a wrong from yesteryear. Of course, it is bungled and everyone gets a cathartic laugh out of the silly business. In a hilarious sequence of scenes, Kate gives caustic and highly critical commentary on former neighbors and acquaintances.

Nebraska is one of the few films you'll ever see about the commandment to honor your father and mother. David is a big-hearted son who has empathy for his father; he knows he's latched on to winning the lottery so he can pass something of value to his two sons. David's return gifts are well worth waiting to see. Here is a caregiver who does the best he can for his father. To fully appreciate David's relationship with his father, reflect upon the following passage by William and Nancy Martin in The Caregiver's Tao Te Ching:

"What motivates a caregiver's actions?
Why are we willing to be with another's pain?
Who can say?
We want to help,
but that's not the whole story.
We feel obliged,
but that's not it either.
Beneath the many motives of the conditioned mind
rests the mysterious Tao,
which is the true source of all caring.
We can't see it or understand it.
We can only trust that it
is the origin of what we do
and the power that helps us see it through."

Special features on the DVD include the making of Nebraska. 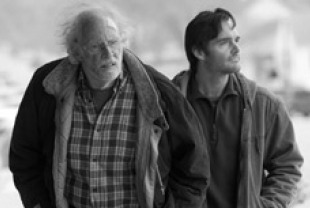 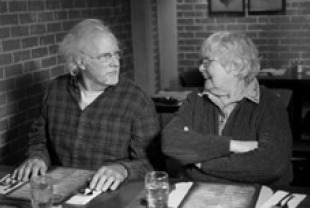 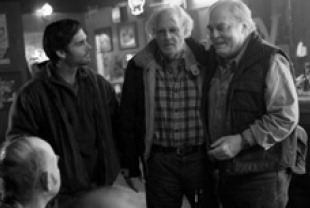