Directed by Roger Ross Williams
A scary documentary about the efforts of the Christian right to achieve in Uganda what they believe is their God-given right to lead that African nation.

When Uganda's violent and power-hungry 1970s dictator Idi Amin was overthrown, evangelical Christians responded by participating in American efforts to bring medical care and food to the millions of poor families in the ravaged country. Those activities fit in with the mandates of the Gospel and were a sign of true compassion on the part of these Christians. But somewhere along the path into the future, compassion turned into the yearning to promote their dogma and gain control of the younger generation in Uganda; 50 percent of the country's 35 million people are under 15 years of age.

Much of this shocking and sad documentary directed by Roger Ross Williams focuses on the slick, well-funded, and energized International House of Prayer (IHOP), the Kansas City megachurch founded by Lou Engle, a long-time believer in condemning and combatting what he calls the twin evils of abortion and same-sex marriage. We watch young missionaries being trained as prayer warriors holding in one hand a Bible to preach and teach the good news of Jesus as Lord and Savior and using the other hand to warn Ugandans that they must practice abstinence and eschew the abomination of homosexuality.

The Christian Right sees this country as a testing-ground for preaching their dogma to the whole world. To advance that cause the documentary introduces us to Scott Lively, an American evangelical preacher who is seen condemning homosexuals for engineering the Nazi holocaust and the destruction of the traditional family in Africa. He has appeared as a celebrity on Ugandan TV talk shows and gave a lengthy address to their parliament on the dangers gay people pose to the nation and to Christian principles.

Another major player in the crusade of hatred against homosexuals is an American-trained Ugandan preacher, Martin Ssempa, who has shown sexually explicit films of gay lovers to demonize them in the eyes of his large congregation, urging them to rise up in anger toward the immorality of those whose lives are not governed by Biblical law.

Director Williams presents the dangerous ministries of two courageous Ugandan clergymen who have spoken out against this crusade against homosexuals. Anglican priest Rev. Kapya Kaoma explains the efforts of individuals and organizations in the American Christian Right to triumph over secularism and create a global Christian revival. This quiet but articulate Anglian priest has now fled Uganda after receiving numerous threats to his life.

Bishop Christopher Senyonjo has been a backer of LGBT rights for a long time. Although he was excommunicated by the archbishop of Uganda, he carries on his activism. Senyonjo spoke at the funeral for David Kato, a gay activist who was murdered. He and Kaoma have both have opposed the infamous Ugandan law (not yet in effect) that would carry life imprisonment for homosexual acts and the death penalty for repeat offenders. This effort to criminalize same-sex relations is a scary sign of the success of the Christian Right in what they believe is their God-given mission to rule the world. 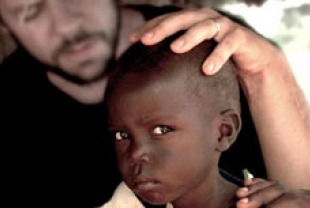 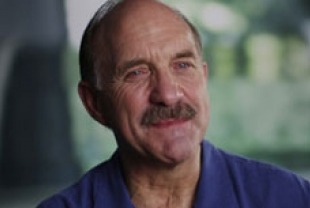 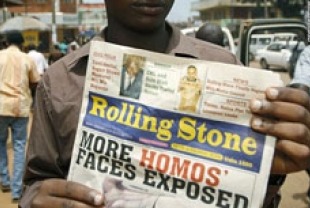 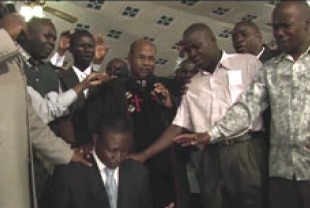 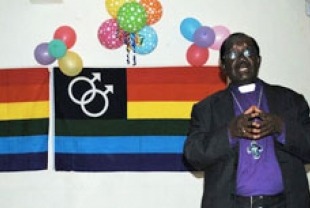