Directed by Jean-Marc Vallee
Tour de force performance by Matthew McConaughey as a working-class hero who is part scumbag and part whistle-blowing crusader for AIDS victims.

Ron Woodroof (Matthew McConaughey) is a foul-mouthed Texan electrician and part-time rodeo rider who is addicted to drugs and sex. When injured on a job, he is taken to the hospital in 1985 where he learns from two doctors (Denis O'Hare and Jennifer Garner) that he has contracted HIV, the virus that causes AIDS. They estimate that he has 30 days to live and tell him to get his affairs in order. A vituperative homophobe, Woodroof cannot believe he could have that disease. He storms out of the hospital convinced that they screwed up his blood tests.

After doing some research at the library, Ron realizes that he needs to get medication. The hospital is participating in a clinical trial for AZT, but he's unwilling to take a chance that he might get the placebo and not AZT. So he begins illegally purchasing the drug from an orderly. When that supply dries up, he travels to Mexico where an unlicensed American doctor (Griffin Dunne) is working wonders with alternative treatments such as vitamins and protein-based anti-viral meds; he is convinced that AZT is toxic.

When Ron finds that this alternative treatment helps him, he returns to Texas with a car load of the supplements. He partners with Rayon (Jared Leto), a drug-addicted transsexual he met in the hospital, and soon they are recruiting AIDS patients in support groups. To avoid being accused of selling non-FDA approved treatments, they set up the "Dallas Buyer's Club." Members pay $400 for all of the treatments they need. Before long, Ron is traveling the world for experimental drugs to add to his offerings.

The Dallas Buyers Club is directed by Jean-Marc Vallee (The Young Victoria, Café de Flore) who gives Matthew McConaughey plenty of room to develop the complicated working-class character who is part scumbag and part whistle-blowing hero who dumps on the FDA approval system that is keeping proven treatments from AIDS patients. It is a real pleasure to watch this crusader sidestep one effort after another by the FDA and the big Pharma drug companies to stop him and his "virus club" for distributing treatments for very little money. Woodroof also exposes the close alliance of many hospitals who are paid to keep pushing AZT even after it was proven to be harmful to those with HIV.

This film is based on a true story about a most unusual hero for our times.

Special features on the Blu-Ray/DVD include deleted scenes; and a look inside Dallas Buyers Club. 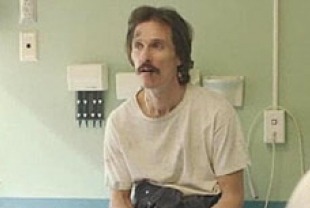 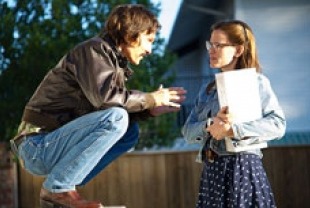 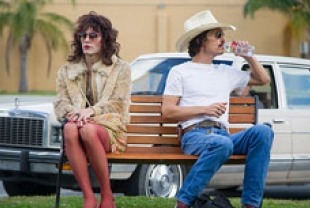 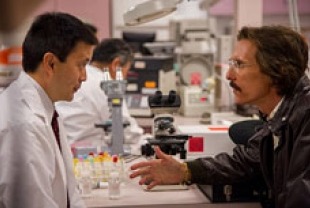