Directed by Barbara Kopple
A sobering documentary focusing on Mariel Hemingway and her struggle with the terrible curse of seven suicides in her family history.

Mariel Hemingway has been fearful all her adult life of the "terrible curse" that haunts her consciousness: there have been seven suicides in her family. The most famous was that her grandfather Ernest who shot himself in 1961, four months before Mariel was born.

This articulate actress is now 50 and is the mother of two daughters, Dree and Langley. She made her screen debut in Lipstick at age of 13 and earned an Oscar nomination for her acting four years later in Woody Allen's Manhattan. We were most impressed with her performance in Personal Best. For more than 20 years she has been pursuing her passion for yoga and health and is seen as a voice of holistic and balanced health and well-being. You can visit her online at www.marielhemingway.com

In this heartfelt documentary directed by Barbara Kopple, a two-time Academy Award-winning filmmaker, we tag along with Mariel as she gives speeches about suicide awareness and mental health issues, talks with her daughters, and visits Ketchum, Idaho, where she grew up as a lonely nature lover.. She was very close to her mother who was not well-liked by others and has mixed feelings about her father, the son of Ernest Hemingway who was entranced by her sister Margaux, a successful model who committed suicide in 1996, and her other sister Joan (a.k.a. Muffet), who was in and out of mental institutions.

The home movies in the documentary confirm the shallowness of Mariel's family. They are awkward with each other most of the time and only able to let go after drinking. Mariel grows up feeling estranged from both sisters but especially from Margaux who never forgave her for getting rave reviews as a teenager for her performance in Lipstick.

Kopple says in her "Director's Statement" that she hopes this film "will offer some insight on what it's like to come from a family with a tragic past and be able to find a way to rise above the sadness . . . I continue to draw inspiration from Mariel and admire her positivity, her ability to evolve and change as a person, and her bravery in her willingness to delve into the darker aspects of her past and deeply reflect on these events." Mariel doesn't quite rise above her sadness but she does display the qualities mentioned above in her commendable spiritual journey. 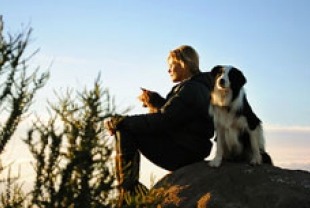 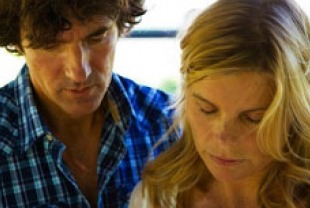