Directed by Stephen Frears
A spiritual drama about the dynamics of faith, forgiveness, hope, and love.

Philomena (Judi Dench) is an ex-nurse with a secret. She had a son who was adopted as an infant nearly 50 years ago, and she knows nothing about his whereabouts and destiny. She later married and raised a daughter. Now on her son's birthday, she shares with her daughter (Michelle Fairley) the story of this great loss in her life.

Philomena's troubles begin when she makes love to a handsome young man at a country fair. As a pregnant teenager, she (Sophie Kennedy Clark) is sent to a convent in Roscrea, County Limerick, Ireland, in 1952. There she is humiliated by the nuns who view her as a fallen women deserving of God's wrath for her sexual promiscuity. In reality, this innocent teenager knew nothing about sex or making babies.

Giving birth to her son is a tormenting process for Philomena. One of the nuns listening to her cries says "the pain is her penance." For three years, this teenager cherishes the hour each day she is allowed with her son, whom she has named Anthony. The rest of the time Philomena and the other young mothers labor in a sweat-shop laundry. One day she watches helplessly from an upstairs window as her three-year-old son is taken away by two strangers. From then on, not a day passes when Philomena doesn't think about Anthony.

Martin Sixsmith (Steve Coogan) is a former BBC correspondent and bureau chief who is still licking the wounds received when he was fired from his prestigious advisory job with England's prime minister. He is a very angry man. He has no employment prospects on the horizon. Approached by her daughter, he agrees to meet with Philomena and hear her story. A newspaper editor then asks him to do a human interest story on the quest of this woman to locate her son.

A visit to the convent yields no information, only a reminder that Philomena had signed away her rights to any information about Anthony. It's clear to Martin that the nuns are trying to keep the past activities of the place secret, including the money they got for basically selling babies into adoption. Through government birth and travel records, he is able to determine that Anthony was adopted by an American couple and was taken to the United States. Martin persuades Philomena to join him on a trip to Washington, D.C.

This Academy-Award caliber film arouses a rich blend of emotions in its thematic treatment of the power of forgiveness, the responses of two very different individuals to the Catholic church's exploitation of women and its judgmental view of sexuality outside marriage, faith in God, and the place of humor in the grand scheme of life. Stephen Frears (The Queen) does a marvelous job drawing out outstanding performances from Judi Dench and Steve Coogan as two characters we can care about and learn from as their quest to locate Anthony meanders its way to some startling events and revelations.

The screenplay by Steve Coogan and Jeff Pope is adapted from Martin Sixsmith's 2009 book The Lost Child of Philomena Lee. The depiction of events at the convent brings to mind Peter Mullan's poignant and unflinching 2002 film The Magdalene Sisters which revealed the inhuman treatment of large numbers of "fallen women" in Irish Catholic asylums where they worked in profit-making laundries as virtual slaves.

Philomena is a cathartic drama, especially for anybody who has been wounded in one way or another by the institutional Catholic church with its chauvinism and persecution of those who express their sexuality (straight or gay) freely. But this story does not stop with its lament of the persecution that has existed, and in some places, still exists within the halls of the church. The closing scenes will speak to your ideas and ideals of God, faith, repentance, and forgiveness.

One of the most appealing things about this film is the amusing interaction between Martin and Philomena. He is a cocky Oxford graduate who does not believe in God and feels entitled to the manifold pleasures of life. She is an elderly Irish woman with little education who, despite her troubles with the Catholic Church, is still a devoted believer in God and humanity. It is a lark watching them banter as he tries to stifle his negative reactions to her naive responses to international travel, the large portions of food in American restaurants, and her recitation of the plot of a romance novel she just finished. Despite the class differences between them, Martin and Philomena bond as friends during their journey to find out the truth about Anthony and his life for the last fifty years.

Philomena proves to be a deeply serious film when it comes to its treatment of Martin's attachment to anger and his refusal to give in to the healing medicine of forgiveness. Here is a man who feels he has been unjustly fired from a job he deserved and did very well. Anger has corroded his insides and he has retreated into an inner world of regret and self-pity. Philomena, with her kindness and honest emotion, offers him a way back into the world of relationships. Although Martin often grows impatient with her simple way of looking at things, her story reaches his heart and enables him to become her champion. At the convent, Martin unleashes his righteous indignation against the only living nun who was instrumental in the terrible treatment of Philomena. It is hard to discern whether or not his outburst of anger is redemptive or not.

One thing is perfectly clear. Philomena understands the importance of forgiveness as a healing force. It emerges from her naturally and we sense that its reward is that she finally finds the answers to all her questions about her role as a loving mother and her enduring place in Anthony's life. 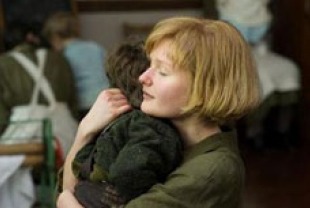 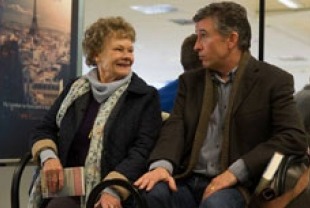 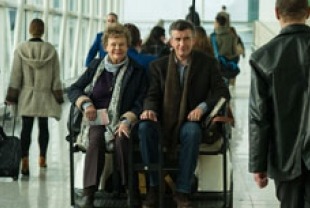 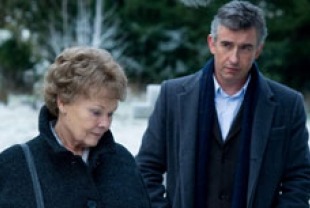