The Hollywood film companies have finally woken up to the need for girl-aimed animated flicks: Pixar's Brave and Disney's Tangled are two recent examples. Frozen keeps this trend alive with a 3D princess tale loosely based on Hans Christian Andersen's The Snow Queen. Little girls and their moms will appreciate the story's light-hearted female empowerment theme along with its accent on sisterly love.

Two sisters, the melancholy Elsa (voiced by Idina Menzel) and her younger sister Anna (Kristen Bell), grow up in a gigantic castle after losing their parents in a shipwreck. Elsa has special abilities which she has tried to keep hidden lest anyone consider them to be "dark powers." She can create snow and ice by merely moving her hands. During her coronation, she is unable to stop this magic, and everyone in the kingdom learns of it. The new Queen runs off in retreat from her royal duties.

Meanwhile, even though Anna has fallen impulsively in love with a dashing and confident Prince Hans (Santino Fontana), she decides to go on a quest to find her sister. Along the way, she is assisted by Kristoff (Jonathan Groff), a wilderness savvy mountain man, and his emotionally sensitive reindeer Sven. They are accompanied by Olaf (Josh Gad), a silly snowman who tags along and even sings an ode — "In Summer." The most memorable original song is "For the First Time in Forever."

Special features on the Blu-Ray/DVD include "The making of Frozen" — learn the secret of how the movie was made in this musical extravaganza; D'frosted: Disney's journey from Hans Christian Andersen to Frozen. Join the filmmakers and Disney legend Alice Davis as they discuss the company's 75-year journey to Frozen; deleted scenes; "Let It Go (End Credit Version)" music videos — Demi Lovato, Martina Stoessel (Violetta): Spanish and Italian; "Get a Horse" Mickey Mouse short. 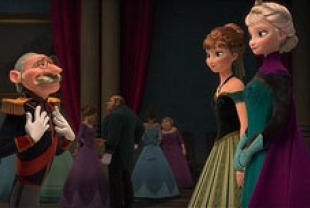 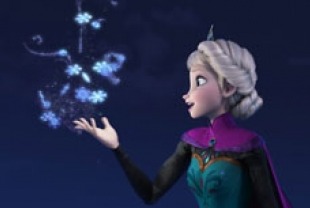 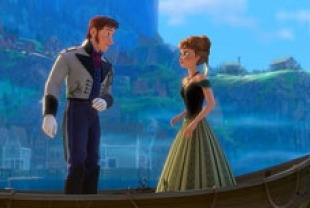 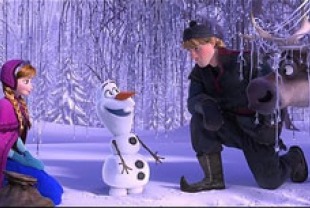 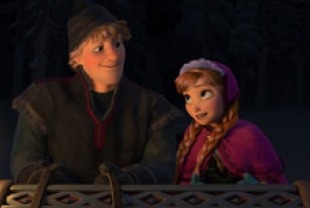 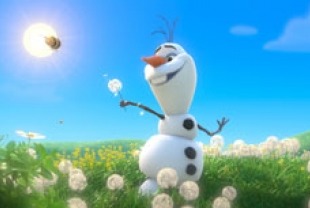