Out of the Furnace

Directed by Scott Cooper
A drama in which we watch a good man crumble and descend into darkness.

Braddock, Pennsylvania, is a rusted-out steel town where poverty has decimated the working class and sent the middle class fleeing to other places. Those who are left in this grungy town have been worn-down by hard times. Rodney Blaze (Casey Affleck) was one of those who couldn't wait to get out of Braddock. He has served three tours of duty in Iraq and is about to return to the battlefield again.

A risk taker, Rodney gambles away the money he has borrowed from Petty (Willem Dafoe), a bookie. His older brother Russell (Christian Bale) is used to cleaning up his irresponsible brother's messes. Like their father did, he works at the mill; he looks after the old man who is dying of cancer.

One evening, Russell drinks too much and crashes into another car killing two people. While he is in jail, his girlfriend Lena (Zoe Saldana) leaves him for an intimate relationship with the town's sheriff Wesley Barnes (Forest Whitaker).

After being released from prison, Russell is reunited with Rodney who has finished his last tour of duty. Having won a few local bare-knuckle fights with Petty as his sponsor, the returning warrior wants him to set up a higher-stakes match run by Harlan DeGroat (Woody Harrelson), a notorious crime lord who operates his own little kingdom in the backwoods of New Jersey. Petty is hesitant to have any dealings with this treacherous man, who is known for his cold-blooded nature and his death-dealing rage. But the fight is set up, and Rodney and Petty leave for New Jersey.

This gritty and violent film is the second feature by director and co-writer Scott Cooper who made such a good impression on serious movie-goers with Crazy Heart. Ryan Kavanaugh, one of the film's producers, has put it in the same league with The Deer Hunter. That really is an overreach even though both films deal with the lingering aftermath of war in veterans who seem unable to adapt to life back home.

Casey Affleck and Christian Bale do convince us of the deep brotherly bond between Rodney and Russell even though they are worlds apart in how they see themselves and the ways they deal with the inequitable economic system. When Petty and Rodney do not return from the boxing match, there is a period of limbo. Russell listens to the sheriff's warnings about not taking matters into his own hands. But being the person who takes care of everyone and always does the right thing — these character qualities have been shed. Something inside him has transformed his anger into vengeance.

One way of interpreting the change in Russell is that his brother has succeeded in dragging him down into his cynical vision of the world. A second way of understanding what takes place on the screen is that it illustrates what Mahatma Gandhi called "the violence of poverty." Both brothers are ravaged and savaged by this demonic force which is worse than any prison because there is often no way out. Watching a good man's descent into darkness is both sad and depressing.

Special features on the DVD include Inpsiration: the stars of Out of the Furnace reveal what inspired them to become actors. 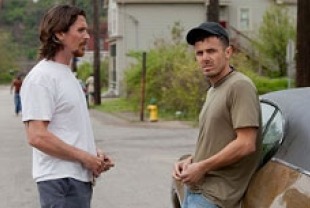 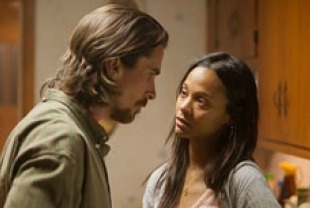 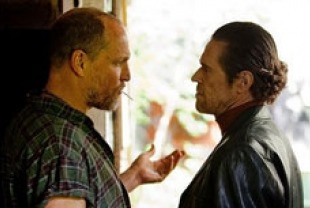 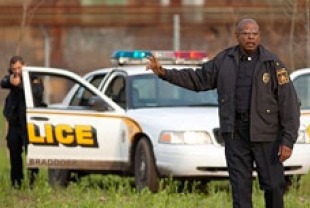