Directed by Suzanne Mitchell
An extraordinary documentary about a cowboy who models the spiritual practice of reverence.

Dayton O. Hyde is 88 years old and loves being a cowboy. In one of the most spiritually literate documentaries of 2013, Suzanne Mitchell profiles this unusual man who claims he "never turned down an adventure." Through his activities and commitments, he models for us what the practice of reverence really means. "My hope always was not just to tell Dayton's story," says Mitchell, "but to inspire people the same way he inspired me." Mission accomplished.

Hyde was born in Michigan and left home to labor on his uncle's ranch in Oregon. He fought in World War II, picked up an English degree from the University of California, Berkeley, and made a success of the cattle ranch he inherited. He and his wife raised five children.

Hyde was a natural horseman and thoroughly enjoyed his experiences as a rodeo rider, bull fighter, clown, and photographer whose pictures were featured in Life magazine. During this period of his life, Hyde worked with the famous cowboy Slim Pickens before he went to Hollywood and a film career.

Hyde always wanted to be a writer, and he fulfilled this goal by publishing 20 fiction and nonfiction books about his experiences as a lover of wildlife, cowboys, horses, and the Wild West.

Hyde always has had a special place in his heart for animals. He created a lake near the ranch for migrating birds as well as his own fishing and solitude. He helped to save the sandhill crane from extinction and raised a coyote when his neighbors were killing them for being nothing but predators. But horses are favorites; he confesses that talking to a horse makes his day.

A Protector of Wild Horses

During the 1980s, Hyde was outraged when he saw some of America's wild mustangs being rounded up and confined in small corrals before being sent to the slaughterhouse. In 1988, he opened another door of his life by purchasing 11,000 acres in the Black Hills of South Dakota and setting up the Black Hills Wild Horse Sanctuary where 500 of these horses could run free and not be frightened or hurt by people.

"People were telling me it couldn't be done," says Hyde. "And that's the wrong thing to say to a cowboy."

His wife and grown children chose to stay in Oregon. Justifying this bold move when he was in his 60s, Hyde says he owed the horses for all the joy they had brought into his life. He also points out that humans have not been called to dominate the earth and animals but to care for and look after these fellow travelers.

Roger Caras has summed up the astonishing life and work of Dayton O. Hyde: "He is a national treasure." And so he is. The last section of Running Wild deals with one negative development and one to celebrate. Hyde has been a leader in an ongoing battle to prevent uranium mining which would pollute the water supply for the horse sanctuary and nearby town of Edgemont, South Dakota. Only time will tell who will win this battle.

On a more positive note, Hyde is given the Indian name, "Protector of Ceremonies," by the Lakota Indians in the area who are grateful to him for allowing them to do their annual Sun Dance ritual on his property. They — and we — are immensely thankful for his love of the land and his dedication to all the animals who bring such beauty, joy, meaning, and wonder into our lives.

The Sacred Practice of Reverence

Dayton O. Hyde is a model for how we, too, can practice reverence for the land and all beings. In The Psalms, Joan Chittister points out, "Reverence for the earth is a sign of praise. To praise the creator it is necessary to care for the creation."

• Dayton O. Hyde is a caregiver with a big heart that encompasses all creatures. Just walking around the sanctuary watching the horses running brings a smile to his face and a lilt in his voice.

• Dayton O. Hyde shows us the miracles that can be wrought by reverential thinking or seeing the intrinsic value of everything. As a result, there is a sanity and grace to his perception of the world and his expression of gratitude for being able to serve.

In Gift of the Red Bird, Paula D'Arcy observes: "I cannot look in any direction without seeing creations of God. Therefore nothing is insignificant and everything is worthy or respect and care. Nothing is second-class."

• Dayton O. Hyde comes across as a cowboy who possesses a tremendous tenderness for living things. This enables him to empathize with the undomesticated horses in his sanctuary. He sees them as friends and is affected by their movements and moods. This attitude is just the opposite of the fallacious idea that human beings are superior to animals in every way.

Rachel Naomi Remen in My Grandfather's Blessings describes a practice that Hyde demonstrates: "Bless anything that shows you wisdom. Anything that shows you wisdom has become a part of who you are and has drawn you closer to life. The Tibetans have reverence for those who have passed along to them the priceless gift of the wisdom to live well. Perhaps this means having reverence for all of life, the ant and the hawk, the enemy and the friend, the lover and the parent and the child. All have offered us the opportunity to know ourselves and to know life. The chance to befriend life. This is true of our wins and losses, our illnesses, our celebrations, our joys and sorrows. All offer us wisdom. Bless them all.

• Dayton O. Hyde offers us many paths to wisdom and the chance to befriend life. We bow to this Renaissance man and all the spiritual teachings he has given us in this incredible documentary! 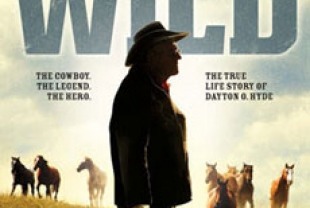 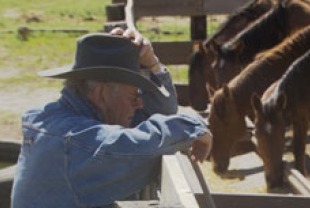 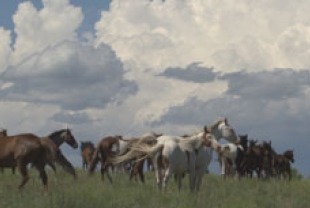 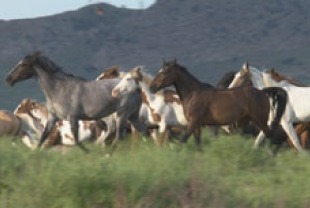