Directed by Ethan Coen, Joel Coen
The struggling quest of a folk singer to find out whether or not he has the right stuff.

Llewyn Davis (Oscar Isaac) is a struggling folk singer in New York City during the winter of 1961. He tasted a bit of success as part of the folk duo Timlin & Davis but that all ended when Timlin committed suicide. Davis put out his own album, but it bombed. His agent (Jerry Grayson) has no royalty checks for him. Davis is forced to depend on family and friends for a couch to sleep on but his anger and critical nature has alienated those who know him.

He regularly irks his sister Joy (Jeanine Serralles) by looking down his nose at her traditional life. When he's leaving the apartment of a Columbia professor, Mitch Gorfein (Ethan Phillips), and his wife Lillian (Robin Bartlett), their cat gets out, forcing Llewyn to take him on the subway down to Greenwich Village. The cat proves to be quite the escape artist, further complicating Llewyn's existence.

In the Village he often stays with his friend Jim (Justin Timberlake), and his wife Jean (Carey Mulligan). She regards him as a toxic person who brings chaos and poison into the lives of everyone he knows. She thinks she is pregnant with his child and wants him to pay for an abortion.

Despite his lousy relationships with these people, Davis is a talented folksinger who demonstrates his artistry singing "Hang Me, Oh Hang Me" at the Gaslight Cafe, a well-known watering spot for folk singers of all stripes. Determined to find out once and for all whether he has a shot at the big time, Davis decides to go to Chicago where he hopes to audition for a popular music producer Bud Grossman (F. Murray Abraham).

Inside Llewyn Davis is a quirky comedy directed by Joel and Ethan Coen animated by a treasure trove of folk music songs and bluesy numbers supervised by the inimitable T-Bone Burnett. Among the gems that shine most brightly are "500 Miles," popularized by Peter, Paul, and Mary; "The Death of Queen Jane," a favorite of Joan Baez; and Ewan MacColl's "Shoals of Herring." On his quest to find out whether or not he has the right stuff, Davis encounters drug-addicted blues man Roland Turner (John Goodman) and chain smoking actor Johnny Five (Garrett Hedlund). They enable the folksinger to ponder afresh the challenges of loss and letting go, which seem to be in the future he is meandering toward.

In two of the most vivid scenes in the film, the war between Davis's sense of entitlement as a gifted artist and his feelings of being a failure come breaking through in a visit when Lillian draws out his venom by saying "I thought singing was a joyous expression of the soul" and in a verbal attack on an Appalachian singer at the Gaslight. By unleashing his anger and by feeling the sting of another's anger, Davis moves closer than he's ever been before to a realistic self-acceptance. The start of that tenderizing of the heart comes in a visit with his near comatose father where he plays and sings "Shoals of Herring."

Special features on the DVD include Inside Inside Llewyn Davis: Discover how the acclaimed film was made with the filmmakers, cast, crew and musicians. 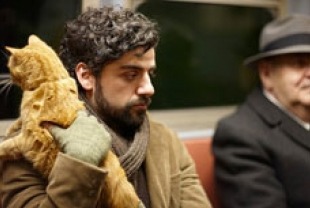 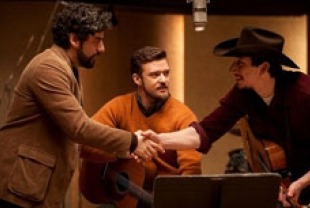 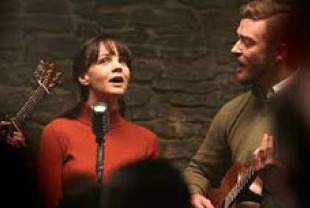 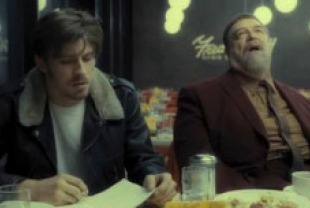