Directed by Teller
A deft and fascinating documentary about art, technology, and the creative spirit.

The Dutch artist Johann Vermeer (1632-1675) remains a mystery to those who like to know as much as they can about a painter, his techniques, his philosophy, and his tools and tricks of the trade. He produced only 30 paintings in his life but is lauded for his innovative and spiritual use of light.

Very little is known about Vermeer's life or his artistic routines. He left behind no students or apprentices. No records have been found to clarify how he did what he did. Enter Tim Jenison, a Texas based inventor (Video Toaster, LightWave, TriCaster) who was determined to clear away at least one of the mysteries surrounding this painter. He embarked on a five-year quest to answer the question: How did Vermeer come up with such photorealistic quality in his paintings?

This intellectually challenging and subtly funny documentary is directed by Teller and contains on-target messages about art and technology by Penn Jillette. The creative collaboration of these two comedians adds greatly to the entertainment value of this unusual documentary. With plenty of money and time, Tim Jenison becomes convinced that Vermeer used a system of lenses and mirrors to reflect his subjects on the canvas where he created his masterworks. He decides to prove his theory by duplicating Vermeer's complicated painting of "The Music Lesson" from the 1660s, now owned by the Queen of England.

Jenison travels to Delft, Holland, to visit the place where the Dutch artist painted and later to Buckingham Palace to see the Queen's Vermeer. In a San Antonio warehouse, he recreates all the conditions under which Vermeer would have worked and also makes all the elements of the painting, going so far as to construct the furniture by hand. The patient and ambitious inventor focuses all his attention on the project as he grinds the lenses for the mirror and mixes all his paints. He then begins the laborious work of the actual painting, filling in the details of the scene. Particularly challenging are the dots in a carpet and the wooden panel of the piano.

Things go wrong but Jenison perseveres. The whole project takes him 1,825 days. When he is finished painting, he demonstrates his technique and reveals the result to David Hockney and Philip Steadman who have both written books about Vermeer.

Some art lovers might see Tim's Vermeer as an attack on traditional ideas about art and artists. Others will be thrilled to see that Jenison is an advocate of the good things that can come out of the confluence of art and technology. In our view, Vermeer's creativity and talent is not diminished but enhanced. We come away with more wonder and appreciation of his unique contribution to art! 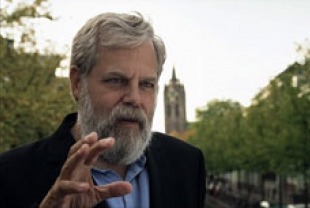 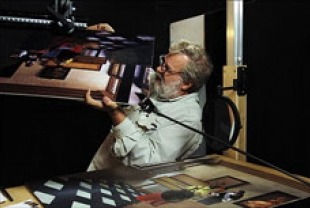 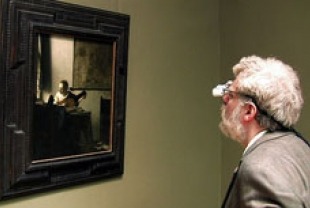 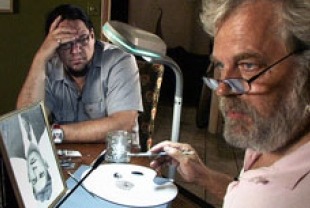 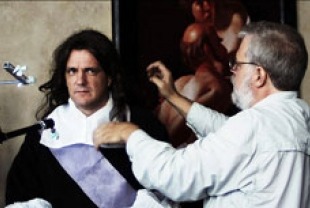 Art of the Western World