There is a vitality, a life force, in the films of David O. Russell which stays with us even a few days after we've seen them. Maybe it is his habit of blending colorful characters with comic situations. Maybe it is his cockeyed appreciation for the manifold mysteries of human nature. Whatever the source, the same pulsating energy has been evident in each of his movies starting with Three Kings and moving right on through Silver Linings Playbook.

"People only see what they are prepared to see."
— Ralph Waldo Emerson

American Hustle conveys that energy we are talking about and it makes this rude and well-acted comedy something special. Russell winks at us with an opening title card stating "Some of this actually happened." Then we meet Irving Rosenfeld (Christian Bale) who runs a dry cleaning business while carrying on scams as a loan shark, taking his clients for a ride and bilking them out of thousands of dollars at a time. He has no moral qualms about dumping on these people and sees himself as a good capitalist earning a buck doing something very dear to his heart.

He feels very fortunate when he teams up with Sydney Prosser (Amy Adams), another con artist who has left behind her life as a stripper and now poses as a British business woman, Lady Edith, who is very savvy about the greed of ordinary people. They fall in love and make a lot of money until Richie DiMaso (Bradley Cooper), an FBI agent, spoils their gig and forces them to work undercover for the bureau.

In American Hustle, it's not just the loan sharks who are wheeler dealers; the FBI agent gets caught up in a grandiose scheme to bring down Carmine Polito (Jeremy Renner), the mayor of Camden, New Jersey, and a batch of corrupt politicians from Washington, D.C. This bribery scam revolves around rebuilding Atlantic City's gambling and resort facilities. Two roadblocks surface: the power plays of a dangerous crime syndicate boss (Robert De Niro) and Irving's wife Rosalyn (Jennifer Lawrence) who is jealous of Sydney and ready to deal herself some new cards after years of playing second fiddle to her husband.

"I think too many of us are hiding ourselves
from each other."
— Mary Anderson

It is a lark watching these actors having a ball with the idiosyncrasies of their characters: Christian Bale delicately arranging his hairpiece; Amy Adams turning the FBI agent on through her seductive game-playing; Bradley Cooper celebrating his triumphs before he really knows what has happened; and Jennifer Lawrence planting a surprise kiss on the lips of Sydney who doesn't know what to make of it. By the end of this frolicsome picture, only a few of these characters decide not to hide from each other anymore.

Special features on the Blu-Ray/DVD include the making of American Hustle; deleted and extended scenes. 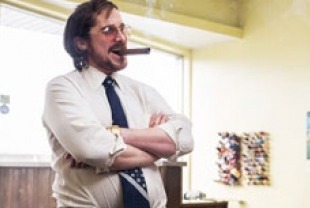 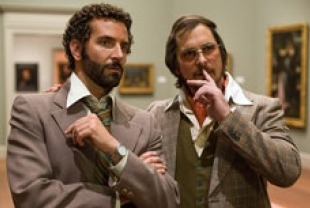 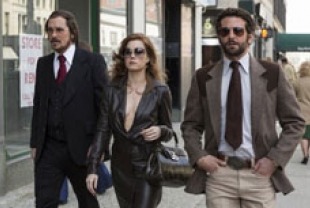 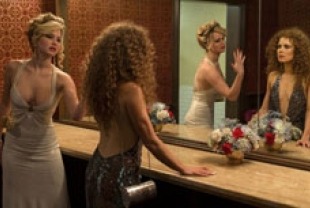 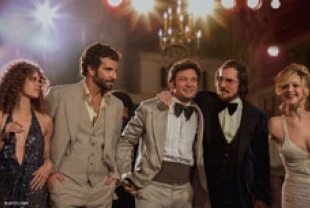