Directed by Jason Reitman
The story of three lonely and vulnerable people who forge their own improvised family over a five-day period.

Fourteen-year-old Henry (Gattlin Griffith) lives with his depressed and reclusive mother Adele (Kate Winslet) and feels very protective towards her. He visits his father (Clark Gregg), who has remarried, once a week. Life has taken on a predictable familiarity until Henry encounters a stranger in a store. The year is 1985, the last summer weekend.

Frank (Josh Brolin) has just escaped from a prison hospital after having an operation for a burst appendix. He had been serving a 20-year sentence for murder. Although Frank forces his way into Adele and Henry's life, he wins their trust and dashes their fears with a series of surprising actions. Over the next five days, this escaped convict fixes up the car and the house. He teaches Henry the essentials of throwing a baseball and changing a tire, and — best of all — making a mouth-watering pie crust. After a neighbor brings some peaches, he turns the love-starved Adele on with his erotic moves as he teaches her how to caress these fruits and squeeze them into the crust in just the right way to bring out all the flavor.

Jason Reitman has fashioned an engaging coming-of-age film based on a novel by Joyce Maynard. The adult Henry (Tobey Maguire) narrates the story. Although many moviegoers might doubt the leap of faith taken by Adele and her son in letting this convict stay with them, their actions are understandable given Frank's kindness and sensitivity. He certainly sees and meets this teenager's longing for male approval.

But when Frank goes to bed with Adele, the boy's adoration turns into anxiety about being displaced by a stranger. These feelings are fueled when Henry befriends a new girl Eleanor (Brighid Fleming) who shares with him her disappointment at being abandoned when her parents found new adult partners.

Labor Day is a heart affecting drama about three lonely and vulnerable people who manage to forge their own improvised family over a brief period of time. Adele is an accomplished dancer who is pulled out of her depression and isolation by Frank. He is captivated by her beauty and wants to take away her sadness. We learn more about this escaped convict's unfortunate life through a series of flashbacks. They give us insight into his needs and his hopes for an intimate relationship with Adele. But the one who gains the most from this five-day adventure is Henry, the adolescent who is tutored in the mysteries of the human heart. 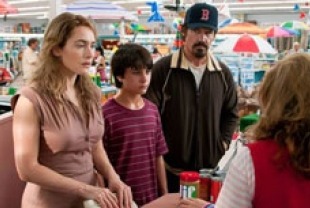 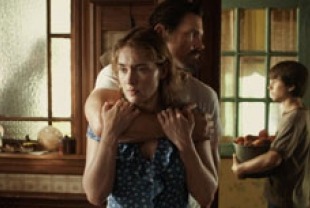