Directed by Julian Polsler
A heart-affecting tale of survival with a fierce and tender performance by Martina Gedeck.

In May, a nameless middle-aged woman (Martina Gedeck) drives with an older couple to a hunting lodge high in the Austrian Alps for a weekend escape. Upon arrival, her friends head off for a walk to the village, leaving their dog Lynx with her. She goes to bed and in the morning is surprised to find that the couple has not returned yet. Walking down the road with Lynx, she hears a cry from him and shortly afterwards hits an invisible wall. Everything else is normal; the sun is out, the sky is filled with clouds, and the birds are chirping. But suddenly, inexplicably, she and Lynx have been imprisoned behind some kind of force field.

Armed with hopes of making contact with somebody, the woman grabs her binoculars and hikes in the other direction. After hitting another invisible wall, she sees a couple at a house on the other side, but they look frozen in time — inanimate and unreachable. She realizes she is going to have to find a way to survive on her own. Fortunately, she has Lynx who becomes her beloved companion and friend on innumerable walks. His joie de vivre is infectious and always lifts her spirits.

Over time, she gathers other animals and is pleased to call them family: a cow she finds wandering in the valley and a cat who turns up on her porch in a rain storm. They both give birth to babies and the lonely woman relishes the chance to nurture them.

The Wall is based on a wildly popular 1963 novel by Marlen Haushofer that has certain sci-fi elements but is essentially a riveting tale of survival in the wilderness. Like Robinson Crusoe and other stranded survivors (Cast Away) the woman has to learn everything she can about taking care of herself and her animals, including hunting deer, growing a garden, planting potatoes, cutting a field of hay, and storing up on fire wood.

Much of the story is told in flashback and conveyed in voice-over narration as the woman records her experiences in a diary, focusing on her feelings and realizations. "Sometimes, my thoughts begin to tangle up, and it's as if the forest is growing in me," she writes. Her relationship to her small world and all that is in it is characterized by a profound practice of reverence.

The woman expresses the joy and oneness she feels with the natural world especially one summer when she moves with the animals to a hut in a beautiful and bountiful meadow. But even during this idyllic period, she worries about losing her individuality. Luckily, these thoughts pass and move on: she struggles to locate the inner peace to live just one day at a time. Everything inside her is tested in a series of deaths which send her plunging into grief, guilt, sadness, and fear. She reflects in her diary: "That was the price we paid for our ability to love."

This heart-affecting tale of isolation, loneliness, and the will to survive has been brought to the screen by writer and director Julian Polsler with its manifold mysteries and ample wonders intact. He has drawn out a subtle, tender, and fierce performance from Martina Gedeck (The Lives of Others, Mostly Martha) who is on screen throughout the entire film. Equally mesmerizing is the astonishing imagery created by nine cinematographers who convey the majestic beauty of this untamed and silent world in the Austrian Alps.

Special features on the DVD include a collector's booklet with photos, essays, and afterword by Julian Polsler. 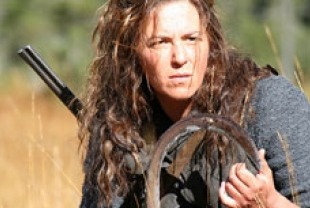 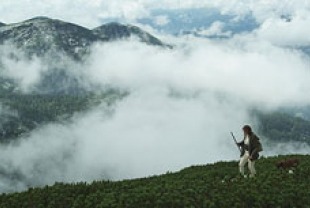 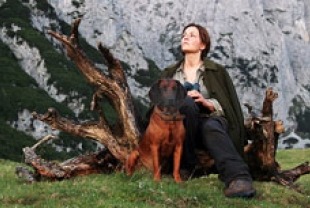 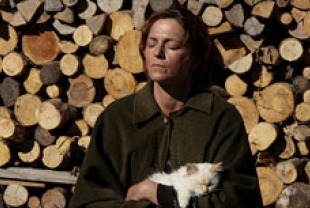