Directed by Christopher Menaul
A relatively alluring period drama set in an artist's colony in Cornwall in 1913.

Here is a British Edwardian drama set in Cornwall in 1913. A band of carefree bohemians and artists enjoy the unusual land and seascapes of the place where the weather can turn from a bright sunny day into a raging downpour with treacherous winds. AJ Munnings (Dominic Cooper) is a painter enchanted with country life and fond of horses as his subject matter. Like painters Laura Knight (Hattie Morahan) and her husband Harold (Shaun Dingwall), he spends days painting in the open air and evenings drinking excessively in a local pub.

The narcissistic Munnings considers land agent and army officer Gilbert Evans (Dan Stevens) to be a good friend, and the two young men try very hard to prove that differences of temperament, background, and talent will not affect their friendship. One evening as Munnings is entertaining everyone at the pub with an astonishing rendition of Edgar Allen Poe's "The Raven," Florence Carter-Wood (Emily Browning) makes her first appearance and catches the eye of both of men. She has come to Cornwall to explore her artistic options and is very pleased when Munnings agrees to teach her a few things about painting in exchange for her posing as an equestrian for him.

But it is during her long walks and talks by the sea with Evans that Florence seems to bloom. It is almost as if they are soul-mates. Still, when the flamboyant artist asks her to marry him, she says "yes." It is a decision that alters the course of her comfortable life, breaks Evans' heart, and dashes the friendship of the two men.

Christopher Menaul as director makes the most out of the many melodramatic moments in this drama written by Jonathan Smith from his own novel of the same title. The score by Benjamin Wallfisch suitably emphasizes the emotional ups and downs we experience watching this tale of love and loss unfold. The music is also a perfect accompaniment to all the scenes taking place by the sea.

Fans of TV's Downton Abbey will enjoy seeing Dan Stevens, who played Matthew Crawley, in another romantic role where he gets a chance to show yearning for love and then the heartbreak men can suffer when all their dreams vanish into thin air when they hesitate. Emily Browning does reasonably well as the alluring woman who floats on air for a short period of time as the object of beauty and attention in the artistic community. Dominic Cooper's depiction of Munnings gets all the primal scenes in the film and stamps them as his own with authority and improvisational creativity.

Special features on the DVD include an interview with Dan Stevens. 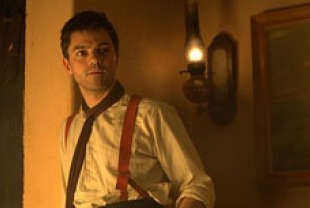 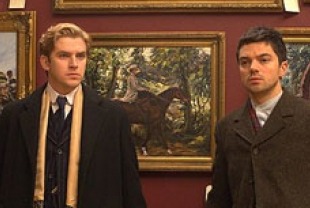 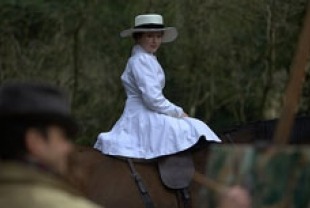 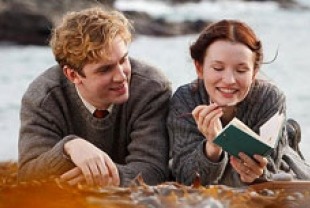