Directed by Steph Green
A tour de force performance by Maxine Peake as an energetic, vibrant and loving Irish wife and mother dealing with a tough transition at home.

Connor (Edward MacLiam) has been in the hospital following a stroke; he was in a coma for a month and then went through four months of rehab. Now this skilled carpenter is heading home for a transition which everyone hopes will lead to a restoration of his roles as husband to Vanetia (Maxine Peake) and father to his sensitive teenage son Lenny (Brendan Morris) and artistic young daughter Noni (Ciara Gallagher).

His energetic, sexy, and spunky wife is bearing all the burdens she can possibly shoulder. In a poignant scene, she reads an ad for laughter yoga and tries it out, letting loose three guffaws while seated in her car. Vanetia handles the chores of housekeeping and looking after Connor, who is prone to wild mood swings and odd behavior. One night she finds him thrashing around in the garden shrubbery. He becomes obsessed with television shows about animals and even tries to bring home a pet from the zoo. He uses a wooden spoon to touch things.

This wobbly family is rocked even further by the presence of Dr. Ted Fielding (Will Forte), an American neuropsychologist who is both monitoring and studying Connor's state of mind. He intends to write a book about it. In off moments when he is not filming Connor, he draws closer to Vanetia; her zest for life is infectious. She smokes some pot with him, makes him join her for a bike ride in the rain, and tries to lure him into a wild few minutes of dancing with her. But he refuses, even though he desperately wants to become a Zorba the Greek-like male.

In her debut as a feature film director Steph Green does a fine job orchestrating the ups and downs of this family during a period of high stress and ambivalent feelings about their life together in love. Maxine Peake delivers a dazzling performance as the wife who struggles to keep the clan together. Edward MacLiam reveals how hard it is for loved ones to understand the complexities of his condition and the torrent of anxieties that overtake him at times. Connor's father doesn't help matters when he criticizes his son for not taking control over his wife and children.

Another strong performance is given by Will Forte (Nebraska) who is tutored in the arts of play and spontaneity by Venetia. She helps him emerge from his detached and isolated roles as scientist and writer.

Run & Jump is a truly transformative film that shows how uneasy and challenging periods in our lives can lead to positive changes that renew our bodies, minds, and souls. 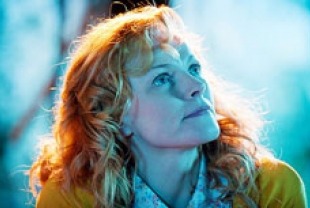 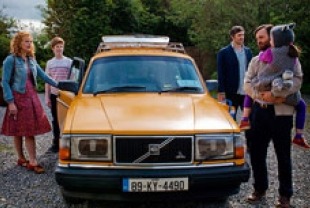 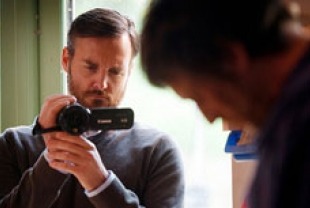 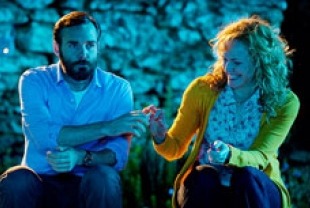 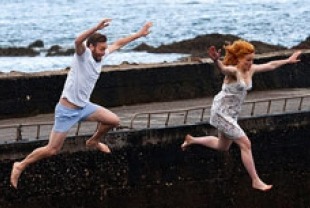