Global Spirit - The Search for God

Directed by Stephen Olsson
A philosopher and a Sufi teacher ponder God’s ineffable nature and other mysteries.

A recent survey by the PewResearch Religion and Public Life Project found that nine out of ten Americans believe in the existence of God or a universal spirit. Seven in ten Americans say that they are absolutely certain of God's existence, and six in ten believe that God is a person with whom people can have a relationship.

The quest for God has been going on throughout human history resulting in a treasure trove of beliefs and practices about the Ultimate Reality in the world's religions and wisdom traditions. The Abrahamic traditions affirm the presence of a transcendent reality known as Yahweh, God, and Allah while indigenous cultures locate the divine in nature and the unity of all existence. Even the nontheistic traditions like Buddhism focus on some quality such as compassion that goes beyond the limited perspectives of the individual. Meanwhile, nearly one in four in the millennial generation describe themselves as unaffiliated with a religion, and there is also a growing atheist movement. Clearly, the search for what God is — or isn't — is a major endeavor of our times.

On this episode of Global Spirit, Phil Cousineau's two guests are Jacob Needleman, a philosopher, spiritual seeker, and author of many books, and Pir Zia Inayat Khan, Sufi teacher in the lineage of his grandfather, Hazrat Inayat Khan, and spiritual leader of the Sufi Order International. To illustrate the yearning for God that is happening in many different places and settings, the program features original footage from a recent spiritual retreat led by Pir Zia and a discussion of God by some of Jacob Needleman's philosophy students.

Cousineau skillfully draws out the insightful comments and personal stories of his guests as they ponder the essential mystery and ineffable quality of God, the importance of questions to those on the spiritual path, the quest for God as a never-ending process, the difference between belief and faith, the dialectic between grace and effort on the spiritual journey, the three aspects of God, the role of the spiritual teacher, the need for active and passive dimensions in our relationship to God, and the role of music and breath as pathways to connection with the Holy One.

To Continue This Journey: 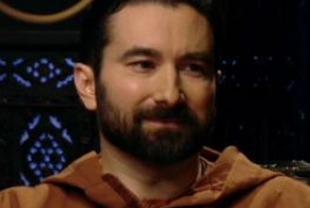 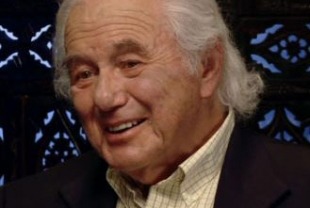