Directed by Jacques Doillon
A French film about a couple unaware of kiss and make up, who try more violent strategies to bridge their differences.

Kiss and make up. That is one option for those who have hurt, disappointed, or abandoned someone in an intimate relationship. This tried-and-true method of calming down and working with compromise has prevented many a love affair from ending in disaster.

The two lead characters in Love Battles are an unnamed caretaker (James Thierree) in rural France and a discombobulated young woman (Sara Forestier) who is visiting home to help her sister handle their father's estate. She is enraged that he did not give her the piano he promised she would inherit. Unable to release her pent-up emotions with her sister, this unhappy and unbalanced women brings them to the caretaker whom she had tried to seduce years ago.

This out-of-the box French film written and directed by Jacques Doillon (Ponette, You, Me and Us, Raja, and Petits Freres) probes the sharp edges of a couple who decide to battle each other and determine who will have the upper hand in their relationship. Taking a cue from the Primal therapy of the 1960s, they physically attack each other and wind up punching, kicking, and knocking one another around the room. In one sequence, they scatter bowls and dishes on the floor.

Does the pain turn to pleasure for them? Yes, and passionate sex is the outcome; it takes place in a mud puddle outdoors as they expend every ounce of energy that they have. Forestier and Thierree give all they've got as their characters try to reach across the abyss that separates them. The actress proves adept at both philosophy and talking dirty. The actor rides the magic carpet ride she provides and, in the end, finds his own small glimpse of happiness. 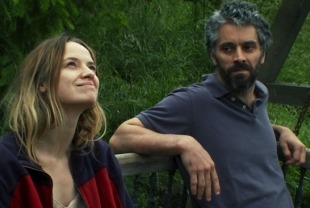 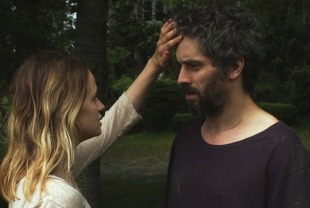