Directed by Agnes Jaoui
A delightful French dramedy about the continuing quest for an intimate, lasting relationship.

French writer and director Agnes Jaoui has a special talent for presenting the idiosyncrasies and vulnerabilities of lovers of all stripes. There is no one right way to stay together in intimate relationships. The best you can hope for is the patience and perseverance to stay attuned with each other as you cope with endless waves of changes. Her films include The Taste of Others, a delightful comedy mapping the romantic peculiarities of two couples; Look at Me, a well-written and brilliantly acted drama about the sharp edges of celebrityhood and criticism in the literary world; and Let It Rain, a delightful film about a feminist writer entering politics and the men and women in her circle of family and friends.

Twentysomething Laura (Agathe Bonitzer) looks across a crowded room and locks eyes with Sandro (Arthur Dupont), a smiling young composer. After a brief infatuation they make plans to wed. Her father (Diedier Sandre) is a sophisticated businessman and her mother is a middle-aged woman (Beatrice Rosen) obsessed with looking young. Complications ensue when Laura decides that Maxime (Benjamin Biolay), a self-absorbed music critic, would give her a more adventuresome life than her prince charming.

Laura's aunt Marianne (Agnes Jaoui), who is directing a grade school performance of an ancient romance, advises her not to rush into marriage. Although very busy, she decides to take driving lessons from Sandro's father Pierre (Jean-Pierre Bacri) who is worrying about an early death that has been forecast for him. They create a relaxed environment within the car and she manages to whisk away some of his grumpiness.

The witty and light-hearted screenplay for Under the Rainbow was co-written by Agnes Jaoui and Jean-Pierre Bacri. This is the kind of laid-back romantic comedy that goes down easy, offering magical moments as the generations cross and meet each other in the middle of the road. Sandro's reconciliation with his father is a very touching scene as is the composer's realization that he is loved by a quiet member of the orchestra who has adored him for years but not expressed her feelings. 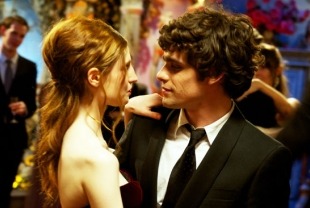 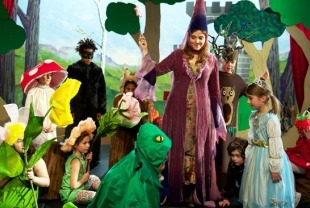 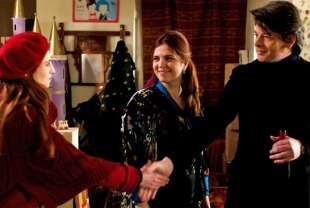 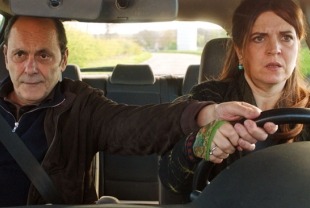