Directed by Tom Gilroy
A likeable drama about an eleven-year old who survives living on his own in the forest but finds it more difficult to get by when he returns to civilization.

Eleven-year-old Atticus (Silas Yelich) lives alone with his post-hippie mother Nicole (Lili Taylor) in rural upstate New York. In the opening scene of the film, she is sharing her view of the Anti-Rent War in the 1840s when tenant farmers battled their greedy landowners. She, of course, sides with the individualistic exploited ones. Nicole is suffering from diabetes but refuses to go for help even though a friendly neighbor offers assistance. Before she can complete her home-course teaching Atticus to depend on himself, she dies.

When the police arrive, the frightened young boy flees into the forest. He tries to make do drinking water from a pond and eating berries off trees. He even steals some necessities from an empty house, but the spirit of Nicole confronts him and he puts back most of what he took. A close encounter with a deer may or may not be part of a dream but it does illustrate his gift for gently relating to animals.

One night, Atticus meets Carter (Peter Scanavino), a pot-smoking vagabond who lives in his car and has trouble holding down jobs due to his irresponsible behavior. The only money he earns comes from selling hand-crafted jewelry. He teaches Atticus this trade and despite seeing posters promising a $200 reward for locating the missing boy, he refuses to turn him over to the authorities.

Writer and director Tom Gilroy (Spring Forward) has fashioned a likeable drama saluting the feisty survival of individualism in a young man and a boy living on the margins of society. Another theme is the challenge of surviving in the wilderness; it reminds us of the young man who gets stranded in the Alaska back country in Into the Wild and the teenagers in The Kings of Summer who build a shelter in the forest and confront the rigors of weather, isolation, and finding food. In The Cold Lands, Atticus survives on his own but finds that he needs someone to watch over him when he returns to civilization. Individuality has its limits. 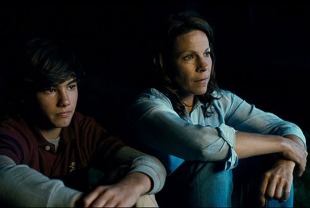 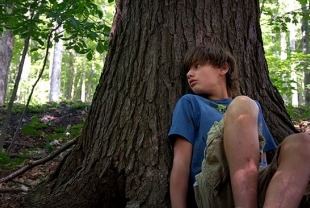 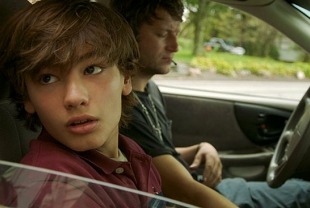 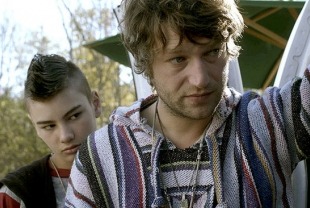