Directed by Diego Luna
The journey of Cesar Chavez from migrant worker to American hero as a nonviolent labor leader and civil rights activist.

Twitter Facebook Link Print
Share
"It is my deepest belief that only by giving our lives do we find life. I am convinced that the truest act of courage, the strongest act of manliness is to sacrifice ourselves for others in a totally nonviolent struggle for justice. To be a man is to suffer for others.
God help us to be men."
— Cesar Chavez

In 1962, Cesar Chavez (Michael Pena) is a talented organizer with the Community Service Organization in San Jose. His passion is to help migrant farm workers, and to do so he knows he needs to work side-by-side with them. So he and his wife Helen (America Ferrera) pack up and drive with their eight children and meager possessions to Delano, a small town in the San Joaquin Valley. He recalls the time when he was 11 years of age and had to labor in the fields for slave wages. Now from inside the community he wants to organize these poorly treated and pitifully paid farm workers.

Five months later, the National Farm Workers Association (predecessor to the United Farm Workers) is started in Fresno. Chavez and labor leader Dolores Huerta (Rosario Dawson) are energized by the enormity of what must be done to improve working conditions and raise wages for California farm workers. They start a credit union and begin to win the trust of the workers. To make a real difference, they know they need to organize a strike.

For the first strike, Chavez convinces Hispanic members of his union to join with Filipino Americans in their strike against grape growers in Delano. He uses picketing, marches, and other nonviolent means to draw attention to the cause. In 1966, the strikers walk 250 miles from Delano to Sacramento to present their demands. As a result of this multidimensional campaign, one of the growers agrees to sign a contract with the union. Chavez's creative strategizing, patience, and determination pays off. These were the first contracts for American farm workers.

In 1968, Chavez initiates a national boycott of California table grape growers. The union and its supporters managed to convince 17 million Americans to side with the farm workers. Most encouraging is the appearance of Robert Kennedy (Jack Holmes) who speaks out eloquently for their cause. The union also wins the backing of mainstream Jewish and Christian leaders. Here we see Chavez at the peak of his powers as a union organizer and leader. The opponents of the boycott include Governor Ronald Reagan and a particularly sneaky California grower, Bogdanovitch (John Malkovich), who uses every trick in the book to break Chavez and the union. Despite their wealth and power, the growers are defeated and sign a contract with the UFW.

Chavez, a Catholic, feels that he is losing control as a leader when many of his closest supporters become convinced that nonviolence is not the right path for them: they want to fight back against police brutality. Taking a cue from the tactics of Mahatma Gandhi, Chavez goes on a 25- day hunger strike. After he survives, there is a groundswell of support for him.

Director Diego Luna captures and conveys the immense discipline and focus of Cesar Chavez as a leader who empowered the poor and shattered the long-time power plays of the agriculture industry as they exploited farm workers for their own profit. One of the things that made him such a commanding figure was his passionate dedication to nonviolence.

Michael Pena puts in a stellar performance as a legendary leader who spends all of his energies on his work and has no time left for his oldest son Fernando (Eli Vargas). At times, Chavez also has troubles with his fiery wife played by America Ferrera, who has her own agenda as to what she can do for the farm workers and their families. We also enjoyed the brief appearance of Wes Bentley as Jerry Cohen, the lawyer hired early in the movement's history. Chavez promises to pay him $5 a week and expects him to work around the clock. Chavez not only expected a lot from himself, he did the same for others.

The primary emphases of Cesar Chavez's work as a labor organizer and civil rights activist came from his study and admiration of Mahatma Gandhi. He subscribed totally to his ideal of nonviolence in the struggle against forces of great power and malevolence. Chavez tried to emulate his hero with long fasts designed as penance for not being able to control the violence of his men on picket lines.

Second, reflecting his Catholic faith, Chavez saw his entire life as based on the principle of sacrifice. He was willing to set aside all the cultural shibboleths of his people and focus unstintingly on sacrifice of self for the well-being and benefit of others.

Taken together, Chavez's adherence to nonviolence, penance, self-sacrifice, and service of others register as rejection of the Latino lifestyle of machismo, which is defined by Merriam-Webster Dictionary as "exaggerated pride in masculinity, perceived as power, often coupled with a minimal sense of responsibility and disregard of consequences. In machismo there is supreme valuation of characteristics culturally associated with the masculine and a denigration of characteristics associated with the feminine. It has for centuries been a strong current in Latin American politics and society. Caudillos (military dictators), prominent in the history of Latin America, have typified machismo with their bold and authoritarian approach to government and their willingness to employ violence to achieve their ends."

It has taken Hollywood a long time to pay tribute to this gifted and truly spiritual leader who, in the spirit of Gandhi and Dr. Martin Luther King, Jr., devoted his life to the pursuit of justice for migrant farm workers. We are happy to report that the screenplay by Keir Pearson and Timothy J. Sexton does not slight Chavez's reverence for nonviolence. We are grateful also that the film did not underplay his reframing of masculinity as putting others ahead of yourself. 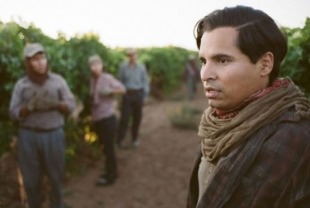 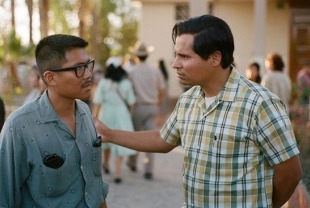 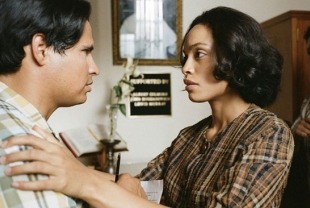 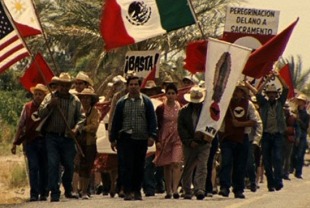 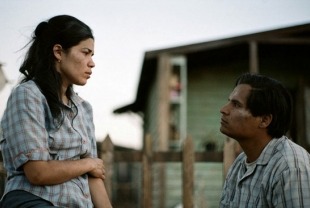 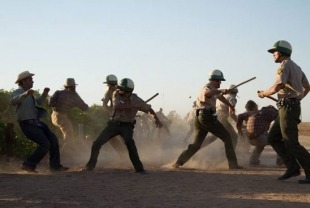