When a large underwater oil field is discovered 35 miles off the coast of Ghana, Jim Musselman, the American CEO of Kosmos Energy dreams of making huge profits. Other players in the game wish that they could luck out like this Texan who travels to Ghana to meet a Ghanaian tribal chief. As more speculation rises, so does the value of Kosmos Energy which, at one point in this fascinating documentary by Rachel Boynton is said to be valued at $5 billion. Needless to say, Musselman is grateful to have benefited from the financial help from Warburg Pincus and Blackstone whose investment in Kosmos Energy made it possible for him to sit in the driver's seat of such a big deal.

"Big men" as a Nigerian slang term usually applied to politicians, clan heads, criminals, and wheeler dealers of all stripes. Another major player who has dreams of wealth and power dancing in his head is George Owusu, a Ghanaian businessman. He and other affluent Africans have warmly embraced capitalism as the wave of the future. Opposed to them are the Deadly Underdogs, a band of gangsta wannabes who claim to be opponents of the Kosmos project. All the "big men" are forced to put a hold on their dreams of success when officials in a newly elected Ghanian government decide to take a second look at the Kosmos contract based on the oil field's astonishing value.

Rachel Boynton directs this hard-hitting documentary about oil, money, globalism, international finance, corruption, and greed. It is fascinating to watch how both Musselman and Owusu, although coming from very different backgrounds and countries, are united in their yearning to become "big men." Capitalism with its penchant for competition and winners doesn't seem to offer much to either the poor people of Ghana or America. The idea of the "greater good" is lost on those in power. 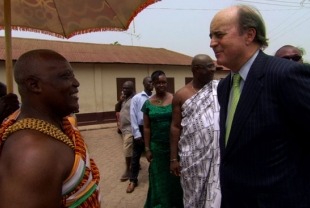 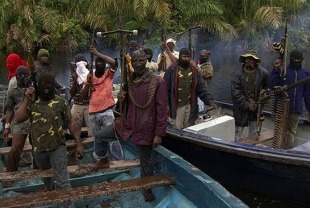