Directed by Jim Jarmusch
A creative and touching story about a romantic, wise, and witty vampire couple.

Adam (Tom Hiddleston) and Eve (Tilda Swinton) have been in love with each other for centuries. They share a rich stew of memories and have encountered some of the finest minds of humankind. One of the many things that make this couple so enchanting is the expression of their romantic love for each other. Does it take hundreds of years to become so comfortable with each other in the flesh?

They have been living far away from each other in separate cities. Adam is a recluse who has hunkered down in a deserted slum of Detroit, Michigan, where he composes music and thrives on isolation. When Eve Facetimes him on her iPhone and senses that he is depressed and not doing well, she immediately packs her favorite books in all languages and leaves her home in Tangiers. Her best friend there is another vampire, Marlowe (John Hurt) who in the seventeenth century wrote the plays that were attributed to William Shakespeare. He supplies Eve with the bottles of purified blood that she pours into a cocktail glass and drinks to fully revive herself.

United again in Detroit, Adam and Eve are very pleased to be into one another's arms again. He's upset about how the zombies (his name for humans) are treating the world to the point of contaminating their own blood and water; he's sick of their fear and lack of imagination. But she reminds him that they have seen such things before. They have weathered the storms of time and wars. Another connection between them is their love of old music. Adam proudly shows Eve a very valuable set of guitars he purchased from Ian (Anton Yelchin), a skilled dealer in rare goods who knows Adam as a gifted musician but not as a vampire.

Both Adam and Eve have had troubling dreams about her sister Ava (Mia Wasikowska) who arrives on cue from Los Angeles. The two lovers explain their intimate relationship in terms of Einstein's theory of entanglement whereby even when they are far apart from each other, the connection between them is maintained. Ava, on the other hand, is a lonely, selfish, and thoughtless vampire who desperately wants easy access to their blood stash. When she breaks all the rules Adam has explained to her, she is kicked out and told to go back home to Los Angeles.

Writer and director Jim Jarmusch (Broken Flowers, The Limits of Control) has been nurturing Only Lovers Left Alive for seven years, and it shows the kind of creativity and perseverance that qualifies it to be on our early list as one of the Most Spiritually Literate Films of 2014. Jarmusch touches our hearts with the love between Adam and Eve. We savor the beauty that Adam has found in the slums of Detroit. We are touched by their care and concern for Marlowe. We enjoy the wise observations revealing the gap between masculine and feminine perceptions of the world — whereas Adam grumbles about the follies, the arrogance, and the stupidity of the Zombies, Eve swoons over the delights of nature, the conviviality of acts of kindness, and the joy of music and dancing.

By the end of the film, we find ourselves enchanted by this wise, witty, and romantic couple. We wish them well as they seek to flourish in an increasingly toxic world.

Special features on the DVD include Traveling at night with Jim Jarmusch; deleted and extended scenes; and the Yasmine Hamdan "Hal" music video. 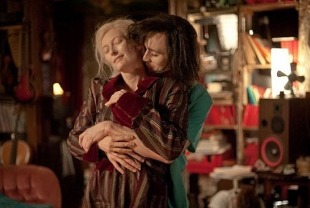 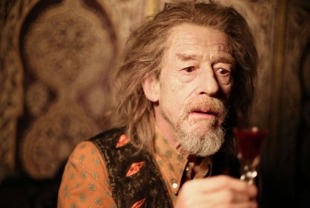 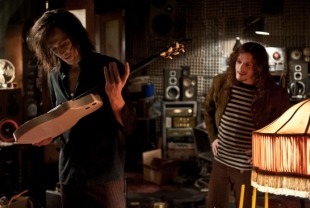 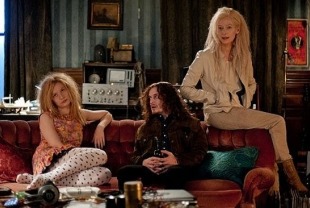