Directed by Ivan Reitman
A sports dramedy that really clicks thanks to a vibrant performance by Kevin Costner.

It's Draft Day where professional football team General Managers are given a chance to strut their stuff while players and fans wait with baited breath to hear the hires and the trades of their teams. Sonny Weaver Jr. (Kevin Costner) is GM of the Cleveland Browns, and the city of rowdy and fanatical fans are angry about the team's losing season. They blame him for firing his own father, the team's legendary coach. The present coach (Denis Leary) hates his guts, and the team's owner Anthony Molina (Frank Langella) has ordered him to make a big splash on this Draft Day. Talk about pressure — Sonny is so laden down with it that he seems to walk with a stoop.

He has already made his mind up about his first round pick choosing 7th, but the Seattle Seahawks sucker him into trading his first picks in the next two years for their #1 position today. Everybody assumes he'll take Bo Callahan (Josh Pence), a Heisman-winning quarterback from the University of Wisconsin who is considered the best of the new crop of players. But once Sonny gets his men researching this hotshot player they come up with some damaging information about his character. This gives our hero under pressure a chance to take another look at two dark horses — Vontae Mack (Chadwick Boseman), a fierce Ohio State linebacker, and Ray Jennings (Arian Foster), a talented running back whose father was a Brown. He must also decide whether to keep or let go his current quarterback Brian Drew (Tom Welling) who was injured last season but has brought himself back to top condition.

Director Ivan Reitman (Dave) has perfectly cast this sports dramedy and made the most of a dazzling screenplay by Rajiv Joseph and Scott Rothman which does a cogent job of making clear the complicated power plays and tactical maneuvers of the day. Kevin Costner puts in a stellar performance as the besieged General Manager who at the last possible moment listens to his inner voice rather than to the chatter of the outside world. To complicate matters even more, Sonny struggles to smooth things out with his girlfriend Ali (Jennifer Garner) who works for him as the team's salary-cap manager and is upset with his lack of response to her news that she is pregnant. Also on hand is his domineering mother Barb (Ellen Burstyn) who has her own agenda for her son for the day.

Draft Day stands alongside Moneyball as a movie that clicks with standout performances and revealing insights into the more arcane dimensions of professional sports. 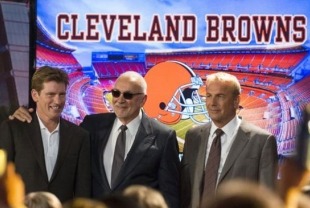 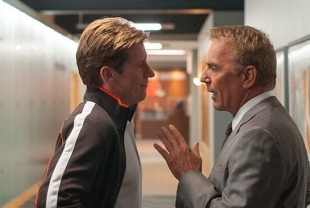 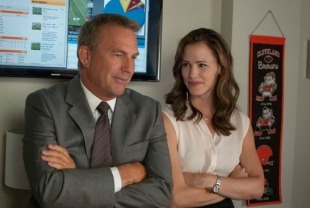 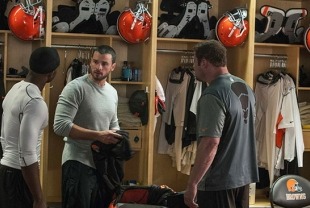