Directed by Daniel Patrick Carbone
A meditation on death about two young brothers dealing with the sudden death of a friend and all the other losses around them.

Available for streaming from Amazon, iTunes, and Google Play.

It is summertime in an unspecified area filled with woods and lakes. The two lead characters are brothers who spend all day exploring the mysterious world of nature and animals. Eric (Nathan Varnson) is 14 and for some unknown reason is boiling inside with unfocused anger. Most of the time he treats his younger and very emotional brother Tommy (Ryan Jones) as if he were a good friend. But at other times, he is a bully — such as when he takes him screaming and kicking into deep water and tells him to sink or swim.

One day the two brothers and a few friends explore an abandoned building and find a dead bird they pretend can fly around the room. They even sing a song in tribute to him. It is evident that these boys yearn for some rituals besides their regular wrestling matches in an open field. This need is amplified when they spot the body of Tommy's friend Ian lying dead beneath a bridge. The brothers are shocked by the loss of their neighbor and bewildered as to whether Ian jumped off the bridge in an act of suicide, was pushed, or accidentally fell.

Eric and Tommy get into a feud with Ian's father (Colm O'Leary) who can't abide their dog running free on his property; in anger, Eric trashes his house. Meanwhile Tommy finds a gun in the place and takes it with him. Its presence adds even more suspense to the story.

Writer and director Daniel Patrick Carbone does a fine job conveying the tricky relationship between the brothers which is deepened by their mutual questions about death. It keeps coming up in their conversations as the summer becomes one long meditation on the impermanence of things, animals, places, and relationships. The two boys eat dinners with their parents but do not share much about their escapades, risk-taking, or feelings. When Eric complains about wanting to move away, his mother leaves the table in anger. This is only one example among many of the "little deaths" these brothers experience. 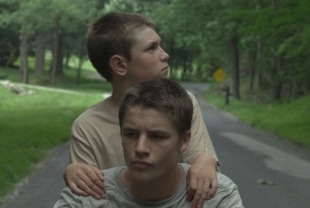 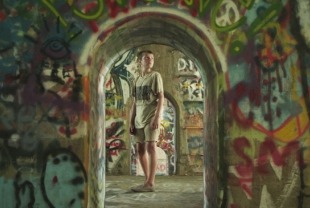 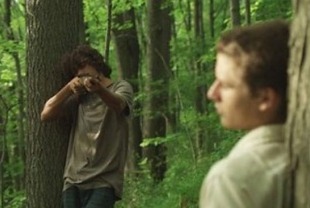