Directed by Caradog W. James
A low-budget sci-fi thriller with worthwhile questions about the relationship between human beings and super-intelligent robots.

This low-budget sci-fi thriller packs enough punch and speculative ideas about robots to make it worth your while if you are in the mood for life in a dystopian post-human universe. The Machine is set in the unspecified future where the West is clashing with China as both sides compete to build intelligent and indestructible killing machines. In their experiments, scientists are equipping badly wounded and brain damaged war veterans with prosthetic limbs and giving them brain implants to turn them into obedient robots.

Dr. Vincent McCarthy (Toby Stephens) works for the Ministry of Defense. His malevolent and tyrannical boss Thomas (Denis Lawson) is pushing him hard to create a prototype since "the most technologically advanced society always wins." Vincent's only reason for working at the military unit is a secret that has to do with a member of his family. When Ava (Caity Lotz), a young and pretty American scientist, is murdered, Vincent uses her body and face for his new android which he names "Machine."

Writer and director Caradog W. James is obviously familiar with Blade Runner, Solaris, The Terminator and other sci-fi classics, and he incorporates elements of these dramas in this clash between the super-intelligent robots and humans. At one point, Ava says to Vincent: "What makes my clever imitation of life any different from theirs? Apart from their flesh, what makes them any different from me?" It is this kind of philosophical question that grabs our interest along with the delicate and uncharted relationship that develops between Vincent and Ava the Machine.

The last section of film descends into a predictable battle with the lethal robo-warrior easily triumphing over the heavily armed Special Forces. Given the large role that high tech machines will be playing in our future, it is worth pondering all the possibilities — especially in the area of general purpose, semi-autonomous humanoid robots. The Machine adds some new bits and pieces to our speculations. 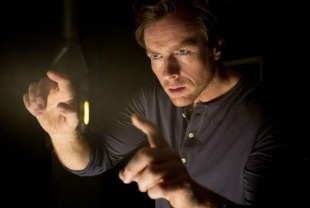 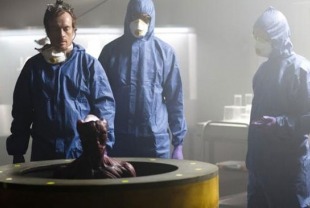 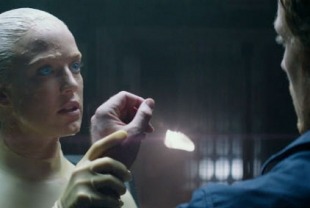 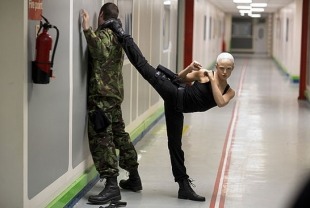