Directed by Marc Silver
A heart-wrenching, compassionate documentary about the journey of a Honduras migrant who died in the Arizona desert.

Thousands of migrant workers have entered the United States illegally over the past decade. More than 2,000 of those who came through the Sonora desert of Arizona died during their journey. Of these, 700 bodies remain unidentified, and their families do not know what happened to them.

Undocumented immigration remains one of the most controversial and unsettling issues in American society today. No matter where you stand on it politically, we hope you will agree that it is important to find ways to create empathy with and compassion for the migrants and their families. This documentary film, winner of the World Cinema Cinematography Award at the Sundance Film Festival, is a very good vehicle for such spiritual work. Director Marc Silver and the internationally known actor Gael Garcia Bernal, who is also a producer of the film, have come up with an innovative and edifying way to tell the story of one migrant worker who died in the Sonora desert.

After the border police come across a decomposing body of a young man with a tattoo that reads "Dayani Cristal," U.S. forensic experts go to work trying to identify the body. There is no identification on him, but from his fingerprints, they are able to determine he comes from Honduras. Because of his distinctive tattoo, his family comes forward to claim the body. "Dayani Cristal" is Dibley Johan Andres-Martinez, a 29 year old with a wife and three children. Interviews with his wife, brother, father, and friends fill in some background. We learn that he embarked on the dangerous journey to the U.S. to earn more money to cover the medical care of a child with leukemia and to cover his debts.

In some of the most engaging parts of the film, Gael Garcia Bernal stands in as Johan in reenactments of sections of his journey. We see him crossing into Mexico on foot and joining with other migrants riding on the top of a train across the country. It's called "The Beast" because so many of the hitchhikers fall off or get pulled under its wheels to their deaths. Later, he pays a trucker to deliver him and other migrants to a place where they can climb a ladder over the U.S. border wall. They are warned to keep their water close as they head out across the desert.

Throughout the film, interviews with the Americans charged with identifying the bodies at the Pima County Morgue reveal their respect for the dead and their deep desire to provide closure for the families of missing persons. We are grateful for their work when Johan's mother says she is lucky because, unlike so many other mothers, she at least can take flowers to her son's grave.

One of the few things found on the body of this young man was a little pamphlet of "TheMigrant's Prayer." As you read it, reflect upon the life of Dibley Johan Andres-Martinez and the thousands of others who share his yearning for a new life and his fate.

"The journey towards you, Lord, is life.
To set off . . . is to die a little.
To arrive is never to arrive until one is at rest with you.
You, Lord, experienced migration.
You brought it upon all men
who know what it is to live
who seek safe passage to the gates of heaven.
You drove Abraham from his land, father of all believers.
You shall remember the paths leading to you, the prophets and the apostles.
You yourself became a migrant from heaven to earth." 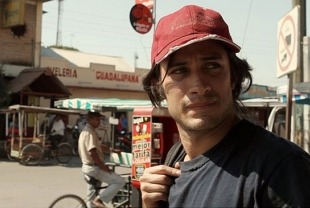 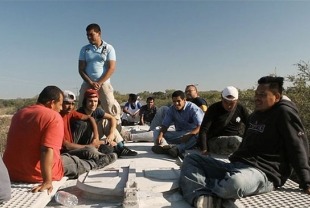 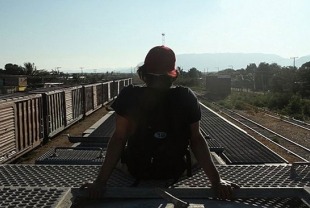