Directed by Steven Knight
An intense, well-acted drama of one middle-aged man's dark night of the soul where his choices come back to haunt him.

Steven Knight wrote the screenplay for Dirty Pretty Things, a riveting portrait of immigrants trying desperately to survive in England. With great skill and precision, he made it possible for us to step outside our own internal gated communities and empathize with these cultural outsiders.

In this intense film which he wrote and directed, Steven Knight probes the dark night of the soul as experienced by a middle-aged construction site manager driving from Birmingham to London. Ivan Locke (Tom Hardy) never leaves his car. Through his cell phone conversations, which are magnified by the car speakers, we learn that he is under fire from several fronts.

First and foremost, Locke is coordinating the complicated details of the concrete pour for a skyscraper. His boss Gareth (Ben Daniels) is taken aback that he is not at the site and his crew chief Donal (Andrew Scott) is miffed when he is put in charge of verifying the rightness of the concrete, seeing that all the roadblocks have been arranged, and making sure that a Polish builder is going to take proper care of an emergency that has cropped up.

The stress resulting from Locke's work pressures come through in phone conversations with his two teenage sons who are disappointed that he will not be joining them as promised to watch a big soccer game. The reason Locke is not at the site or at home is that Bethan (Olivia Colman), an assistant whom he slept with once, is at the hospital giving birth to their baby. Although he refuses to say that he loves her, he is willing to be with her in this important moment in her life.

When Locke tries to explain what has happened to his wife Katrina (Ruth Wilson), she is outraged and will not accept an apology or her husband's confession that it was only a one-night stand. "The difference between never and once is the difference between good and evil," she replies.

Steven Knight draws out an impressive and intense performance from Tom Hardy who is on screen during the entire 84-minute running time of the drama. In one evening, his 15-year marriage is shattered and his future as a construction site manager is put in jeopardy. In the midst of all these troubles, Locke spews out his resentment for his father who abandoned him when he was a boy.

As the various strands of this plot unfurl, we see the often shocking ways in which our choices determine our destiny, even though at the time they may seem to be inconsequential.

Special features on the DVD include "Ordinary unraveling: Making Locke" featurette; and an audio commentary with Director Steven Knight< p> 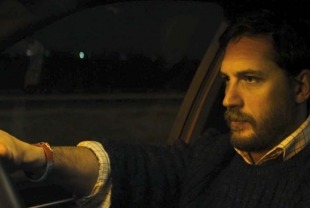 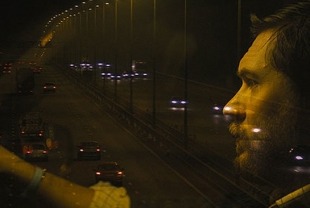 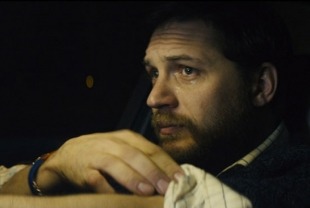